Principals of Unity Colleges to Beef-Up Security Around Schools 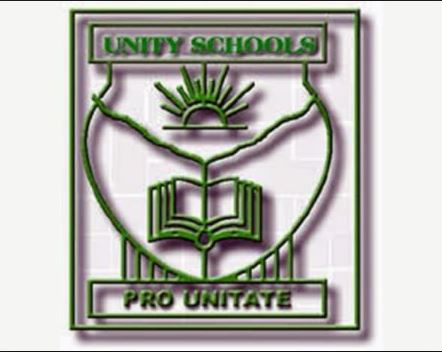 The principals of Federal Unity Colleges in the South-west zone say they are beefing-up security around their schools in the face of the growing security challenges facing the country.

The Chairperson of the group in the zone, Dr Agnes Owolabi, disclosed this in an interview with the News Agency of Nigeria (NAN) on Thursday in Lagos.

Owolabi spoke on the side-line of the statutory meeting of principals of Unity Schools in the South-west region that opened on Thursday at the Federal Government College Ijanikin in Lagos State.

Owolabi, also the Principal, Federal Government Girls’ College, Sagamu, said that one of the key issues the meeting would deliberate upon was how the principals could better secure their schools.

They would also discuss how they would keep the schools safe from external aggression.

“This meeting is usually convened every three months and it is rotational.

“It has always helped us in the repositioning of these colleges and improved human capacity development.

“This meeting will also afford us the opportunity to deliberate on common issues, rub minds and chart a way forward on challenges facing our colleges,’’ she said.

According to her, the security of the colleges has been a topical issue that cannot be ignored.

“That is why we want to put heads together to see how we can put effective machinery in place to ensure that security in our colleges is not compromised.’’

She said the principals needed to remain on top of all security issues concerning their colleges at all times.

This is in order to respect and protect the sanctity of human life, she said.

Owolabi said that many of the principals had attended several workshops in the past meant to equip them with skills necessary to function as the chief executive officers of their schools.

“This knowledge is what we want to share among ourselves for the betterment of our sister colleges.

“Our children must feel safe while studying in any environment if our quest for accelerated growth and national development is to be realised.’’

The host principal, Dr Olufunmilayo Essien, also told NAN that the Federal Ministry of Education had done much to improve the infrastructure in unity colleges.

She, however, said that her college still had to cope with leaking roofs.

According to Essien, the leaking roofs are making effective teaching and learning difficult for both the students and the teachers each time it rained.

She added that other major challenges facing her college include inadequate staff in some key subjects, poor drainage system, erratic power supply and exorbitant electricity bills, as well as the inadequate security personnel.

Essien said that teaching and learning activities were accorded priority in her college, adding that many activities were put in place to promote and maintain academic excellence.

The principal lauded the robust relationship between the college management, the old students association and the parents’ forum.

She added that they had been a blessing to her administration in the school.

According to her, these two bodies have contributed immensely to the overall development of the college.

NAN reports that the Federal Government College Ijanikin, a co-educational secondary school, was established on Oct. 2, 1975.

It currently has a population of 2,853 students.