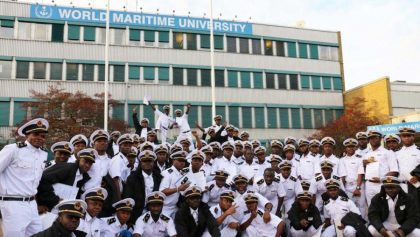 Maritime stakeholders on Friday said National Assembly’s reduction of the take-off fund for the Maritime University in Delta would constitute a setback to plans put in place for the university.

The stakeholders expressed their views in interviews with the News Agency of Nigeria (NAN) in Lagos.

NAN reports that the lawmakers cut the budget for the take-off of the maritime university from N5 billion to N3.4 billion.

The President, Shippers Association Lagos State, Mr Jonathan Nicol, said that both the legislature and the executive should always harmonise on budget estimates to avoid discordant tunes over projects.

He stressed the need to increase the allocation of the university in order not to delay construction of buildings and provision of other infrastructure.

Also, a Maritime Lawyer, Mrs Oritsematosan Edodo-Emore, also frowned on the development, saying that education should be given more priority in the nation’s budget to lift the society out of poverty.

Edodo-Emore, who is the Initiator of the Annual Lagos International Maritime Week, said that the delay in passing the budget had affected every sector of the economy.

On his part, the National Vice President, National Association of Government Approved Freight Forwarders (NAGAFF), Mr Segun Musa, said that delaying passage of the budget had become a recurring practice.

He advised the Federal Government to constitute a committee that would work with both the executive and the legislature to make the conclusion of budgets as fast as possible.

Musa, however, said that insufficient allocation of funds for the take-off of the maritime university would lead to abandoned projects.

Mr Emmanuel Nwagbara, a Maritime Lawyer, urged the Federal Government to ensure that all Ministries, Departments and Agencies (MDAs) start immediate implementation of the 2018 budget without delay.

Nwagbara said that quick implementation of the budget would move the nation forward in meeting all economic expectations.

According to him, budget implementation should commence as soon as possible to enable Nigerians feel the impact of the budget.

The legal practitioner said that the funds earmarked for projects should not be diverted and should be channelled to projects that would boost the economy; such as rail, seaports, airports, roads as well as the welfare of the people.

“I advocate that the budget should be given priority by the legislature each time it is presented by the executive.

“If the budget is debated on in time, it will not be delayed, ‘’ Nwagbara said.

The maritime lawyer said that if the budget had been passed before now, the nation would have moved far in terms of execution of projects.

He, however, urged the executive and legislators to start thinking about the 2019 budget to avoid a repeat of the delay. (NAN)