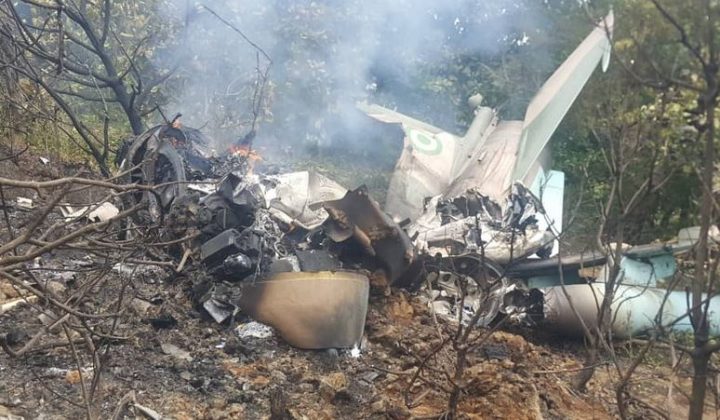 The Federal Capital Territory Administration (FCTA) is to provide scholarship to Miss Elizabeth Elijah who was hit by flying debris from the crashed fighter jet during air training for Nigeria Independence Day celebration.

The Director, FCT Universal Basic Education Board (UBEC), Dr Adamu Noma, disclosed this when he visited the girl at Maitama General Hospital,

Abuja, with some directors who represented the administration on Wednesday in Abuja.

“As soon as she is discharged from hospital, the scholarship will commence,” Noma assured.

The News Agency of Nigeria (NAN) recalls that Elijah was said to be in the farm at Mpape near Maitama District, that fateful day when the ill-fated NAF aircraft mishap happened and she was hit by flying debris from the fighter jet.

The ill-fated fighter jet collided with another killing the pilot during air training for Nigeria Independence Day celebration where Elijah was hit and injured at the leg by fragments of the jet.

Noma also assured that the FCTA has granted her scholarship to university level and that they will be ready to foot her bills for as long as she can go in educational pursuit.

He said the FCT Administration would be responsible for her tuition, books, uniform, foot wears and any other requirement needed in school.

Alhaji Ahmad Rani, Director FCT Scholarship Board, confirmed the scholarship, adding that the board is ready to foot the bills and follow her up.

The girl, who is responding to treatment, has been stabilised from the trauma and the injury, and will be discharged soon.

NAN also learnt that Elijah, 15, hails from Kachia, Kaduna State, but reside with her family at Chikoko village in Bwari Area Council of the FCT.
She completed primary six in Chikoko, but poverty prevented from proceeding for secondary education.

NAN also gathered that her father could not afford transport fare from the village to see her at the Maitama Hospital.

Among those who visited Elijah at the hospital where the scholarship form was presented to the family for proper documentation include the Director, FCT Scholarship Board, and Director of FCT Call Centre, Hajia Jummai Amadu.