The new Ekiti state governor, Dr Kayode Fayemi, on Wednesday ordered the immediate scrapping of payment of development levy in all public secondary and primary schools across the state. 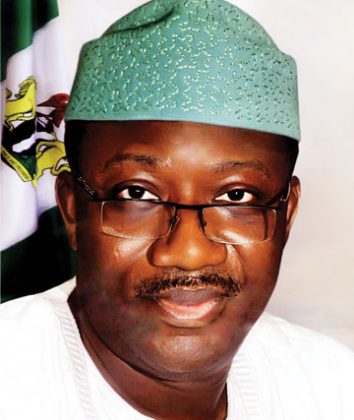 The News Agency of Nigeria (NAN) reports that students and pupils pay N1,000 and N500 respectively as development levy per term under the immediate administation of former Gov. Ayo Fayose.

The policy generated controversies from individuals and groups that led to a legal action being instituted by the Catholic Mission in the state against Fayose.

The mission dragged Fayose to court, describing the policy as unkind and wicked on the part of school children and their poor parents.

The former governor had consistently defended the policy, saying it was part of measures designed to shore-up the state’s dwindling monthly revenue.

Fayose had in 2015 introduced payment of the development levy, which many tagged education tax in all private and public schools.

But Fayemi on Wednesday, at a “Thank You” visit to Ido Ekiti, Headquarters of Ido/Osi Local Government Area of the state, said his government cannot afford to continue with anti-people policies of the past administration.

According to him, education will henceforth be free in all public primary and secondary schools across the state.

“Education is now free up to the secondary cadre in Ekiti State. Our children would no longer pay tax in both public and private schools

“When we were in government before 2010 and 2014, we ran free education until when the last administration came and said school children should pay tax

“By the grace of God, by December this year, we are also going to introduce school feeding from primary to Junior Secondary 3 as part of the benefits we will get from the federal government,” he stated.

Fayemi also appealed to Ekiti people to vote for President Muhammadu Buhari in 2019 in order to enjoy all the projects promised by the federal government for Ekiti.

He said Buhari has pledged to extend rail line to Ekiti, dualise Ado-Akure road and do other projects across the state.

“We must not allow cracks in our party, we must be united. Whoever thinks he could fight the leaders and other contestants and still win election is wasting his time, he had already heard the result of the election.

“Don’t let us de-market our party, All Progressives Congress (APC) by our comments. We must be united the way we were for the July 14 election

“I want you to learn from me, after the governorship primary, which I won, I immediately embarked on fence-mending mission to all aspirants, this is how it should be.

“President Buhari has promised Ekiti a lot of goodies and the only way Ekiti can benefit is for us to win Ekiti for him,” he said. (NAN)