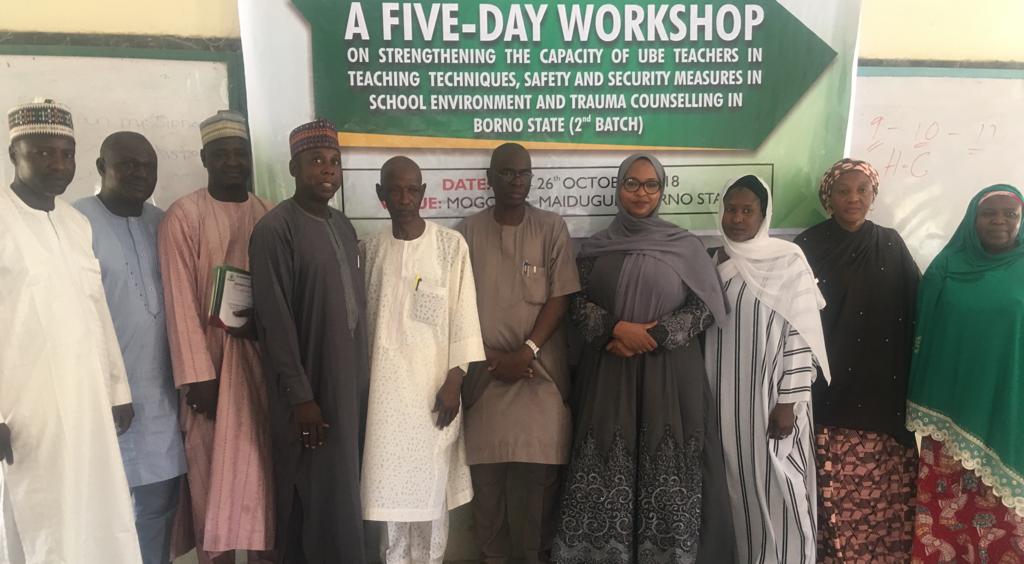 The Presidential Committee on the North-East Initiative (PCNI) is presently training 1,300 teachers in the Borno, Adamawa and Yobe states. The capacity building workshop which commenced on October 22 will end on the 26th.

In his remarks while opening the workshop in Maiduguri, the Chairman of the PCNI, Lt. Gen. T.Y. Danjuma (rtd) said that “teachers are essential to the development of every nation” and “shaping pupils and students’ attitudes and giving them lifelong skills and competencies that will enable them to build the nation of their dreams.”

The Chairman who was represented by the Vice Chairman, Mr. Tijjani Tumsah, noted that the North East is lagging behind the rest of the country in all facets of human development and that the education sector has been dealt a huge blow by the onslaught of insurgents over the past decade. Teachers were specifically targeted by the insurgents leading to huge losses of human resources in an education sector that was already suffering from significant manpower deficits. This has also led to the mass failure of students who are to transit to higher institutions of learning.

Mr. Tumsah said that the capacity building workshop is designed to address three challenges that have arisen as a result of the insurgency – the poor quality of teachers, trauma counselling for those suffering from the mental strain of prolonged exposure to violence and the security of schools. Said the Vice Chair, “If we don’t want to be left behind decades head, we must begin to consciously and painstakingly develop the capacity of our teachers in these directions so that they are also able to develop the capacities of our children at the foundational level. Competent teachers beget a competent new generation of workers.”

Shettima Kullima, the Chairman of the Borno State Universal Basic Education Board (SUBEB), who was present at the event described the exercise as “timely”. He said that the exercise will go a long way to address challenges bedevilling the basic education sector in the state. The SUBEB boss, who was represented by Ali Dogo, said that some teachers had either been killed or abducted, while 520 schools and over 5, 000 classrooms were destroyed by the Boko Haram insurgents in the state.

The capacity building workshop is one of a series of measures that PCNI is deploying to aid the revitalization of the education sector as stipulated in the Buhari Plan. Borno and Yobe states both recorded the enrolment of 400 teachers while 500 teachers are being trained in Borno.