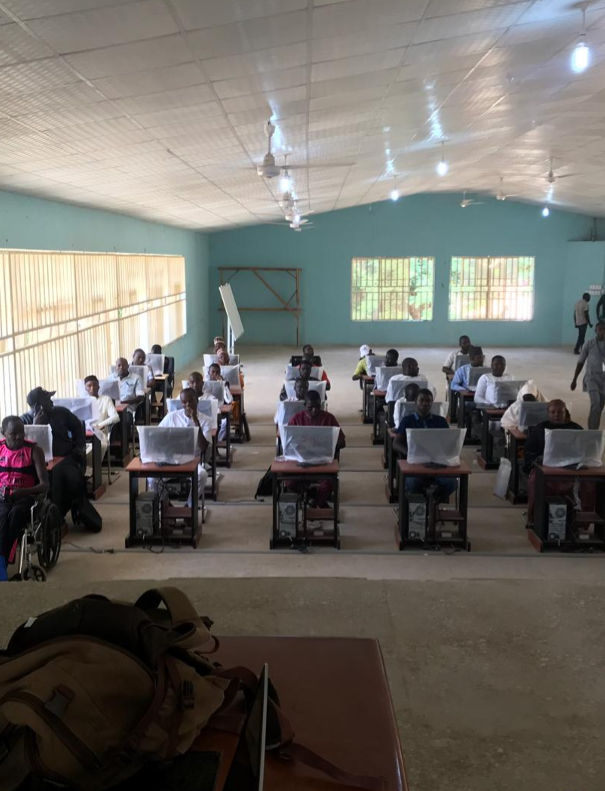 The Buhari Plan, the federal government’s roadmap for the reconstruction and rehabilitation of the North-East, identifies improving access to information technology as one of the lynchpins of economic recovery in the region.

In consonance with this objective, the Presidential Committee on the North-East Initiative has established an IT resource training centre in the College of Education in Biu, Borno State.

This is in addition to the already existing centres at the Federal College of Education (FCE Yola) in Yola, Adamawa state and Federal University Gashua (FUG) in Bade L.G.A of Yobe state.

Following the setting up of the centre, the IT unit of the PCNI screened 5,623 applicants who had applied for training at centre. Of the 1,500 applicants that scaled the initial screening process, 400 will be chosen as the pioneer class. The selection criteria took account of gender sensitivity with the ratio of women to men currently in the programme at 40:60.

The criteria also accommodated a broad spectrum of candidates ranging from undergraduates and graduates to dropouts from secondary and tertiary institutions.

The response to the program on the portal has been positive with a total of 56,239 applicants recorded from across the BAY states out of which Borno state had the highest applicants of 26,523.

Borno’s massive application and turnout numbers have been attributed to the laudable and positive reports and testimonials about the program from candidates already being trained in Yobe and Adamawa state.

The objective of the program is to train 1200 participants annually on entrepreneurship and computer skills after which trainees will be divided into two groups (based on choice and personal capabilities) for further training on digital graphics design and smartphone repairs and maintenance.

Ultimately, the programme aims to increase the distribution of IT-oriented vocational skills thereby impacting the livelihoods of the beneficiaries and boosting the local economy of the region.