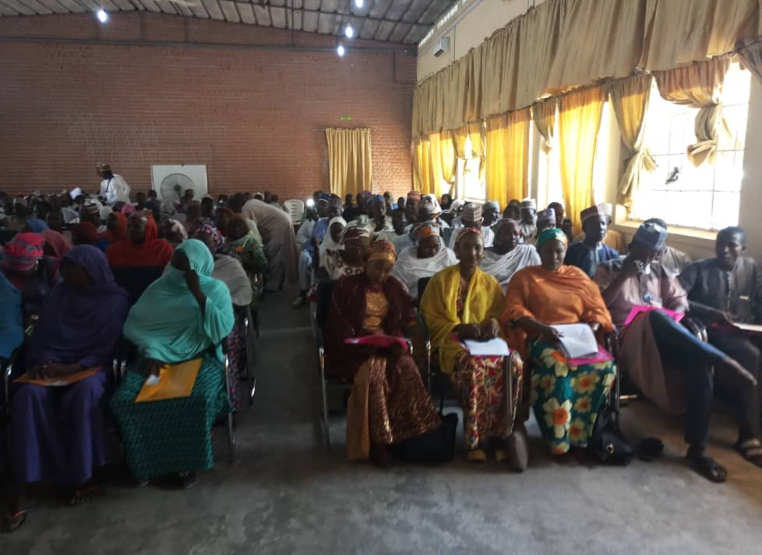 The Speaker of the Borno State House of Assembly Alhaji Abdulkarim Lawan has commended the Borno State Multi-sectoral Crisis Recovery Project (MCRP) for training stakeholders of communities directly affected by the Boko Haram insurgency. He made the commendation on Friday, November 2, 2018 while declaring open a three-day training workshop on alternative dispute resolution for communities affected by the insurgency in ten worst hit Local Government Areas across the State. Lawan said that the training is not only important but critical as relocation of people back home has commenced in earnest. As people return, he said, a lot of issues will arise occasioned by the insurgency which if not properly addressed might trigger another bout of inter-communal or intra-communal crisis.

The Speaker stressed that such trainings on dispute mediation and alternative dispute resolution will ensure peace, stability and social cohesion among the returnees in addition to averting preventable deaths, injury and loss of property. He further observed that peace is a prerequisite for socio-political and economic development and expressed hope that other communities in the remaining Local Government Areas will be considered during subsequent training workshops. Earlier, the Technical Coordinator and Programme Manager of the Borno State Multi-Sectoral Crisis Recovery Project, Baba Zanna Abdulkarim traced the historical background of such workshops to 2015 when the state started recording relative peace in some communities. The training programme, he said, is one of the main objectives of the MCRP whose focus is ensuring peaceful coexistence and total recovery among members of the insurgency affected communities.

The Technical Coordinator urged the trainees to embrace their roles as ambassadors of peace and ministers in the temple of Justice and reminded them that they are expected to explore all avenues that will ensure harmonious and mutually beneficial coexistence among the people. The MCRP and the World Bank, he said, accord topmost priority to the issue of grievance redress hence the need for all participants to use the issued grievance redress telephone lines in the interest of their respective communities.

On his part, the Chief Trainer Professor Ibrahim Umara of the University of Maiduguri said, a total of five hundred participants selected across ten Local Governments in three geopolitical zones of the State will partake in the three-day training. After the training, the participants, being major stake holders in their respective communities, are expected to serve as agents of peace, resolving issues and potential tensions that will arise as aftereffects of the insurgency. Professor Umara added that the simultaneous conduct of the workshop in two centres – Ramat Polytechnic and the College of Education, Maiduguri – was to ensure the effective and efficient training of participants. While commending Governor Kashim Shettima for his commitment to ensure the safe return of the people, he also commended the resource persons for opting to train the participants in local languages.

The MCRP is a five-year intervention jointly conceived by the Federal Government of Nigeria via the Presidential Committee on the North East Initiative (PCNI), the World Bank and the governments of Borno, Adamawa and Yobe. The first phase of the Project was flagged off in September and is aimed at strengthening peacebuilding, stability and social cohesion.