The inclusion of Nigerian content in the animation film festival will create adequate employment and contribute to the growth and development of the Nigerian economy, Lai Mohammed, Minister of Information and Culture has said. 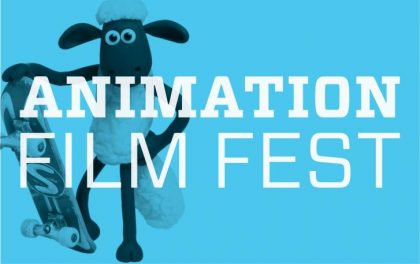 Mohammed said this at the opening ceremony of the 4th French and Japanese Embassies Animated Film Festival at the Institut francais du Nigeria in Abuja.

He said, “It is worthy to note that with the inclusion of Nigerian content in the animation film festival, it will create adequate employment and contribute to the growth and development of the nation economy.

Mohammed, wo aws was represented at the occasion by Deacon Grace Gekpe, Permanent Secretary of the Ministry, said animation had the potential in promoting culture, creating jobs for youths and promote economic empowerment in the country.

The minister described animation film as a platform to champion and support film makers to use animation in the production of unique cinematic visions and promote culture to younger generations.

He added that economically, animation employed hundreds of thousands of artists, animators, producers and technicians to produce huge demand for diverse content in the world.

“Artistically, the craft of animation has spurred amazing advancements in storytelling since its inception and it has proven to be one of the best forms of impacting knowledge and creative ideas to its audiences.

“Animation industry has a great role to play in shaping the minds of our children and instilling in them our diverse cultural heritage.

“It will be hard for us to imagine a childhood without all of the animated characters that fill our imagination.

“The government, in its efforts to diversify the economy, has recognised the film industry as a sector of focus in its diversification agenda through the Economic Recovery and Growth Plan,’’ he said.

Also speaking at the event, Yutaka Kikuta, the Japanese Ambassador to Nigeria stressed the importance of culture to any society, adding that  it remaines the strength of a country.

He said that Japan and French cultural collaboration had resulted in annual animation film festival aimed at promoting their cultures to Nigerian people and enhanced cultural exchange between them and Nigeria.

“We strongly believe that creating a deep connection with the Nigerian people in the area of cultural exchange is no less important than the area of political and economic exchange.

“This is why we have the line-up of Nigerian short films at this animated film festival for the promotion and betterment of this growing industry in Nigeria.

He said two Japanese animated films: Pop in Q’’ and “ Doraemon the Movie; Nobita’s Dinosaur, created in 2006, would be screened at the occasion mainly for the young audience.

He said the theme of Pop in Q is “An adventure of teenage girls“ with full of fantasy, adding that the second film, “Doraemon’’ is about Doraemon and Nobita, showing young boys who were able to travel across time, using Time Machine.

He further explained that Nobita found himself a baby dinosaur after bringing an egg to the modern world from an ancient era.

The News Agency of Nigeria (NAN) reports that the festival ends on Nov.9 and is expected to showcase short and long animated films, produced by Nigerian, French and Japan Embassies in Nigeria. (NAN)