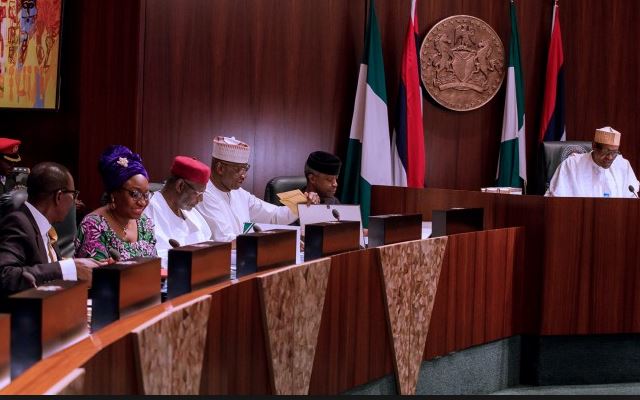 The Federal Executive Council (FEC) on Wednesday approved the downward review of the examination registration fees for the Joint Admission and Matriculation Board (JAMB), Senior Secondary and Basic Education Certificate.

The Minister of Education, Adamu Adamu, disclosed this at the end of the Council’s meeting which was presided over by Vice-President Yemi Osinbajo at the Council Chamber of the Presidential Villa, Abuja. .

“This has been long awaited, since the current administration came into office,  and then a change in JAMB Management with prudence we were able to see that what is being charged as fees for JAMB examination shouldn’t be because a lot of it was siphoned in the past by corrupt officials

“So, in answer to the yearnings by parents, the President directed that we should look into ways of reducing the charges.

On the on-going negotiations between government and the Academic Staff Union of Universities (ASUU) the Minister said the meeting would reconvene on Nov. 30.

The Minister of Interior, retired Gen. Abdulrahman Danbazau, who also spoke on the outcome of the meeting, announced that the Council approved the production of an Identity card for the Economic Community of West African States (ECOWAS) for Nigerians.

He said the production followed the approval of the committee of Heads of State and Government of the ECOWAS that the Identity Card should be produced for all its member countries.

He said: “I presented a memo on the production of ECOWAS biometric identity card.

“This is in response to the decision of the committee of Heads of State and Government, taken sometime in 2014, to replace the current ECOWAS travel certificate. This was to take effect in January 2016.

“The project is to cost about N14.7 billion and this is a contractor financed project and what that means is that the service provider is to use his funds to finance the project.

“The contract will be for a period of 10 years and within those 10 years, it is expected that about 13 million cards would be produced.”

He expressed the hope that the new identity card would help enhance security at all Nigerian borders.

“Currently the ECOWAS travel certificate in use does not have biometric features and so it is subject to abuse and can be produced anywhere without room for checking the background of the holder.

“But the new identity card carries the photographs, fingerprints and other details of the card which can be checked instantly.

“It will reduce the time spent at entry points and it will also help the Interpol identify persons involved in cross-border criminal activities,” he stated.