Former lecturer of the Obafemi Awolowo University, OAU, Ile-Ife Prof Richard Akindele who has been facing trial for alleged sexual harassment has been jailed for six year. 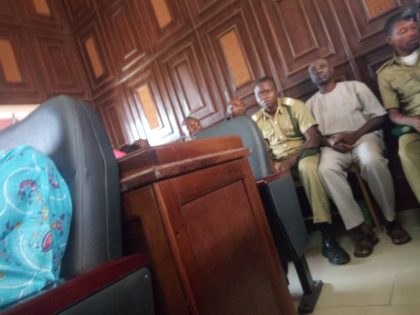 Justice Maureen Onyetenu of the Federal High Court Osogbo sentenced the accused after pleading guilty to the 4-count charge against him.

Correspondent Tope Odebunmi reports that the sentences are 24 months each for the first and second charge and a year each for the third and fourth.

He would spend two years in prison as his jail term of six years would run concurrently.