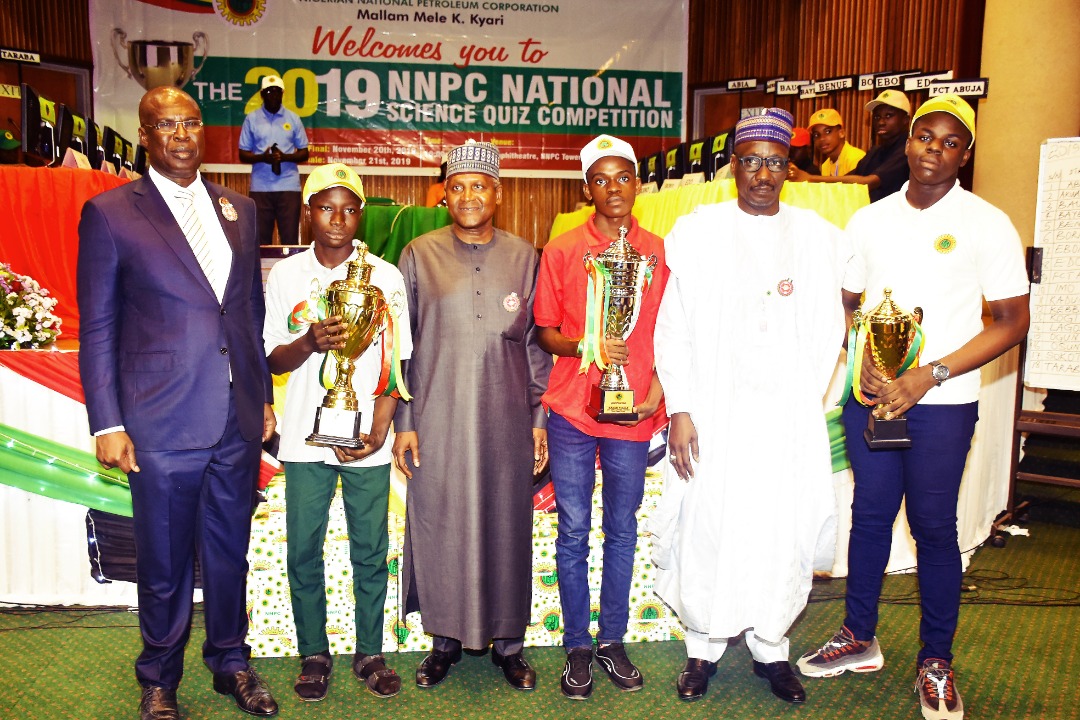 Chief Sylva in his Welcome Remarks, urged Corporate Organizations to be proactive in giving back to the society while carefully curating social impact events that will spur growth, development and capacity building of young Nigerians. He namechecked the huge value that the National Science Quiz Competition which commenced in year 2000, has had in improving in-country education while applauding NNPC for championing the initiative which is in its 19th consecutive year.

In a collaborative statement, the Special Guest of Honor, Alh. Aliko Dangote, President of Dangote Group of Companies asserted that since its inception in 2000, the NNPC National Science Quiz Competition has groomed the next generation of scientists and thought leaders in Nigeria; young men and women who are set to be at the vanguard of innovation and industrial growth. He further noted that by creatively engaging these young minds, NNPC has continued to define a noble path for the future well-being of Nigerians.

The GMD of NNPC, Mallam Mele Kolo Kyari, in his Statement, disclosed that a recent evaluation of the initiative since 2000, put the career success rate among past winners across the Federation at 97 per cent. He further noted that in the 19 years of existence of the National Science Quiz Competition, 47,628 students have participated, annually and past winners have gone on to become successful engineers, medical doctors, environmental scientists and ICT professionals etc.

The NNPC National Science Quiz Competition was inaugurated in year 2000 and was initially limited to participants from the Niger Delta but subsequently expanded to include participants from all the States of the Federation, including the Federal Capital Territory, in 2001. This year’s event marks the 19th edition of the annual context.