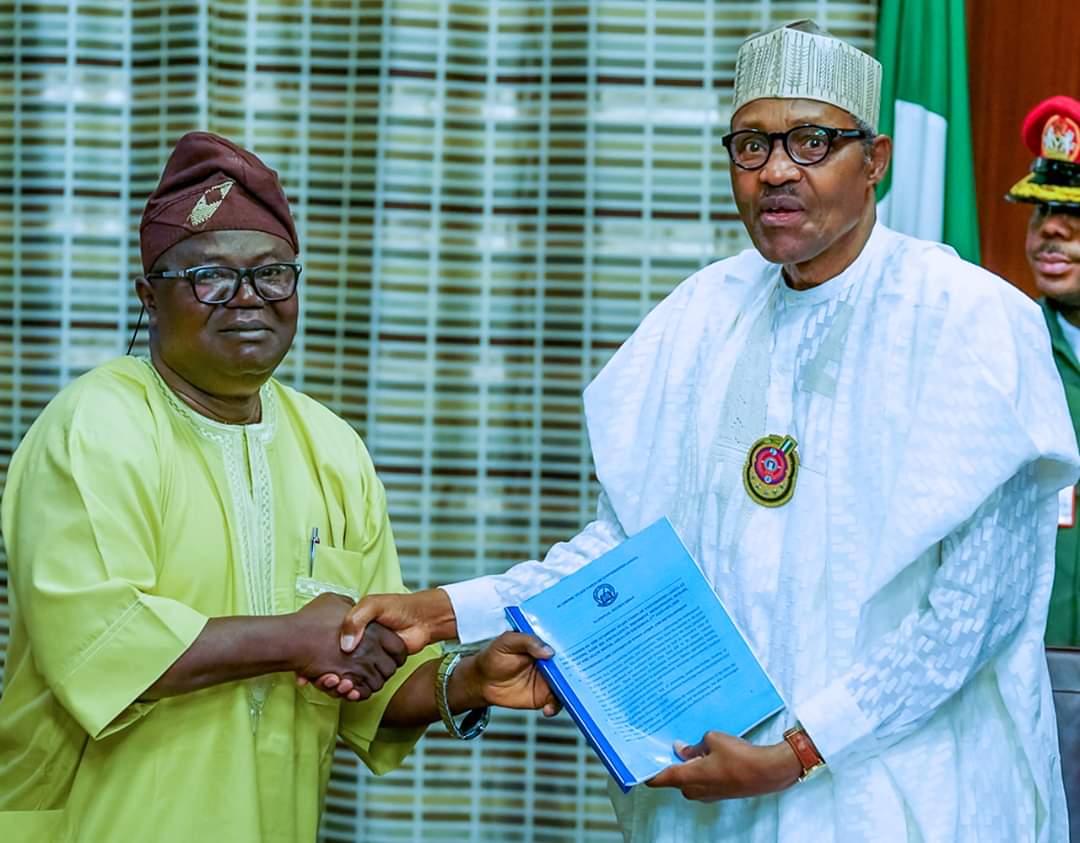 President Muhammadu Buhari Thursday in Abuja said Federal Government will give more attention to improving personnel and infrastructure of universities to produce quality graduates, assuring that education will, henceforth, be a top priority in development goals of the country.

President Buhari, who received leadership of Academic Staff Union of Universities (ASUU) led by Prof. Biodun Ogunyemi at the State House, said effective and efficient operations of universities will go a long way in improving the economy, especially with focus on science and technology.

The President urged members of ASUU to assist the Federal Government in realising the target of improved education and credible certificates by complying with ongoing verification and validation of human resources in the universities, which will guarantee optimum output.

“The future of the country depends on quality education and our certificates must be credible to inspire confidence,’’ he said.

President Buhari said constitutional provisions should be carefully studied and adhered to for more harmonious relationships, and standards that will promote efficiency.

The President directed the Ministry of Education to put in more effort in ensuring that Nigerian universities are properly funded, with adequate infrastructure and staffing.

In her remarks at the meeting, the Minister of Finance, Budget and National Planning, Zainab Ahmed, said out of the 137,016 academic and non-academic staff members of the universities, 96,090 have been enrolled in the Integrated Payment and Personnel Information System (IPPIS), urging ASUU to encourage the remaining 40,926 members to comply with the process.

She said a desk has been opened in the Office of the Accountant General of the Federation for registration of university staff, assuring that peculiarities of the tertiary institutions will be accommodated.

The Minister pointed out that many anomalies were discovered in the university structures that have contributed to the increased cost burden, which include staff working and earning pay in more than one university, contract staff on payroll of the government, tax reductions on PAYEE and multiple employments.

Ahmed said some universities had rushed to recruit more staff before the IPPIS registration commenced, which was then detected.

“While it is clear that ASUU has peculiarities, it should be recognised and rightly accommodated, and the allowances will be made, and not leaving the university out of IPPIS because of the peculiarities,’’ she added.

Secretary to the Government of the Federation, Boss Mustapha, urged ASUU to comply with IPPIS in national interest as his office was already in the process of streamlining all issues of human resources in government.

In his remarks, the President of ASUU, Prof. Ogunyemi said the educational sector needed more Federal Government attention, noting that implementation of agreements over the years will go a long way in improving the quality of education in the universities.

“Nigerian universities can make meaningful contributions to addressing the challenges of the country (economy, security and corruption) if given the opportunities. Appropriate funding level, competitive conditions of service, university autonomy and academic freedom are critical to creating such an atmosphere.

“With adequate and effective education, particularly university education, Nigerians will be less susceptible to manipulation, our economy will grow and problems of insecurity and corruption will be drastically reduced,’’ he said.

The ASUU President said Nigeria could learn from countries like China, Malaysia and Singapore that have encouraged universities to drive their educational development through tripartite linkages of government, industries and universities called Triple Helix Principle.

On IPPIS and university operations, Prof. Ogunyemi said the Federal Government’s Visitor initiative to the universities, at least once in five years, was the best guarantee for monitoring accountability processes that include internal and external audit processes.

The ASUU President said the IPPIS will be a “disruptive intrusion’’, adding: “IPPIS violates the laws of the federation, violates university statutes, and violates agreements between the Federal Government and ASUU.’’

“The Government should welcome ASUU’s ongoing innovation of a robust system of human resource management and compensation, called the University Transparency and Accountability Solution, which will address peculiarities of universities and end inappropriate recruitments.’’

The Minister of Education, Adamu Adamu and Labour and Employment , Dr Chris Ngige, assured that the Federal Government was committed to improving the educational sector, promising to work closely with ASUU.