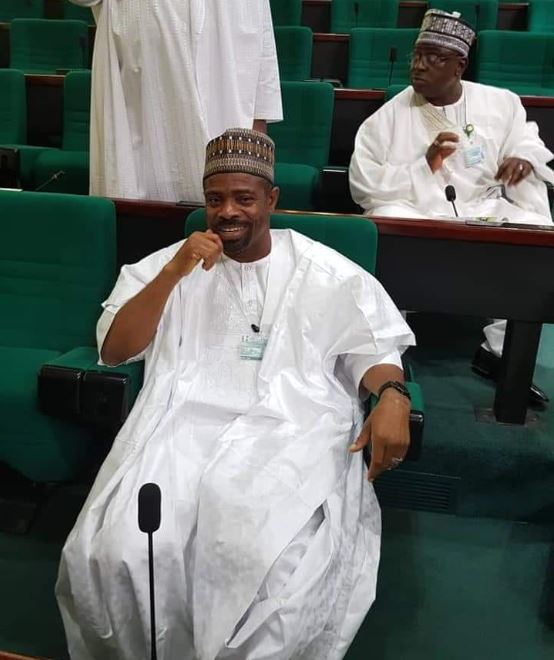 It is no longer news that today’s harsh economic condition has left thousands of parents struggling to pay for their children’s education fees particularly at a time where many states government are owing salaries.

It is on this premise that a member representing Nassarawa State Rep. Abdulmumin Ari (APC-Nassarawa) paid the West African Examination Certificate (WAEC) fees for 2,428 indigent students in public secondary school in his constituency.

This gesture was also extended to the state school of Nursing where over 27 females’ students were being sponsored. 18 students have been presented with cheques of 100 thousand each while the remaining students are expected.

According to him, the importance of education cannot be overemphasized as it is the bedrock to which any society can develop. He, therefore, urged the beneficiaries to take their education seriously.

Hon. Abdulmumin is the first time Member of the Federal House of Representatives after winning his election during the general election. Until his sojourn into politics in 2019, he is a successful businessman and philanthropist who has touched many lives in his own little way.

At the ceremony, the Admin Secretary further informed the gathering of the assurance of Hon. Ari in extending hands of assistance to them always. He, however, urged the beneficiaries to show dedication in their course of studies and be good ambassadors of this constituency.

Appreciating the kind gesture given to their Daughters and wards, Mallam Isah Ushata, Abdulraheem Gashinbaki, APC chairman Odu ward, elected councillor Onda Kana ward, and PDP Youth leader Nasarawa North-ward among others unanimously thanked the honourable member for given out this equal opportunity to every daughter in the constituency without considering party, ethnic and religion affiliations. That’s the motive why we called him Ari Nakowa.

Rep. Abdulmumin hailed from the family of Late Alhaji Ari Muhammad Ari from Angwan Dutse in Nassarwa Town, Nassarwa LG. He did his primary education at Bakolo Ajaga in Loko Development Area of Nassarawa LG and had his Secondary School at GSS Nassarawa town before he proceeded to ATBU and FUT and obtained a degree in Quantity Survey.