“Queen of Katwe” – From Slumgirl To Chess Champion 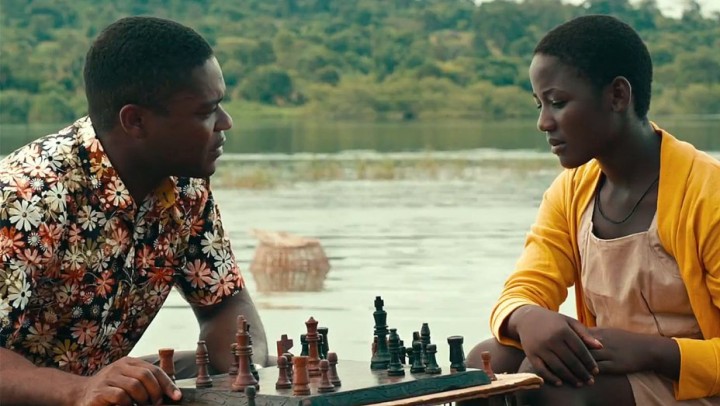 It is here that a 9-year-old school dropout who sold maize on the streets first saw black and white pieces being moved on a chessboard and felt irresistibly drawn to the game that changed her life.

Chess champion, Phiona Mutesi, 20, is now the heroine of the Disney movie “Queen of Katwe,” which premiered at the Toronto Film Festival last weekend and is due for release in North America on September 23.

The film is eagerly awaited in Uganda, where Mutesi is “encouraging us to do better,” in the words of Stella Babirye, 16, her friend and fellow chess player who has a role in the movie.

“Queen of Katwe” by director Mira Nair was filmed partly in Katwe, Kampala’s biggest and toughest slum, with extensive footage of its teeming markets and shady alleys. 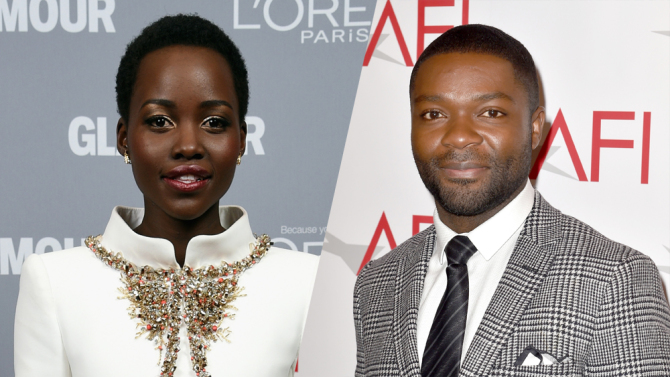 David Oyelowo and Lupita N’yongo in Queen of Katwe(PHOTO: Disney)

“I lived in … Kampala for the last 30 years. And I see the everyday dignity, the abject struggle and that kind of embrace of life around me. And I’ve never seen that on screen,” Nair told dpa and other media in Toronto.

Mutesi’s father died of AIDS when she was three.

She herself almost died twice from possibly malaria-related illnesses, and later moved with her mother and two brothers from one shack to another, according to Tim Crothers, author of the book on which the film is based.

But one day, the barefoot girl followed her brother to a makeshift church and saw him play with black and white game pieces.

The chess games were organized by Robert Katende, a local missionary who staged activities for children coming to the church for free porridge.

“I grew up in the slums, I definitely know what they are going through,” Katende said in Toronto.

Mutesi, however, did want to play chess. “I coached Mutesi when she first joined the chess class, but she bypassed those who trained her,” says Richard Kato, 17. “[In poor places] you are in an environment that is constantly telling you that you are not worth much,” Nyong’o said in Toronto.

“It’s really that believing in yourself that gets you through the hardest of circumstances.”

By age 11, Mutesi was Uganda’s junior girls’ champion. In 2009, she and two boys represented Uganda at Africa’s International Children’s Chess Tournament in Sudan.

The following year, Mutesi flew to Siberia for the Chess Olympiad, an elite chess event, earning a win and a draw for the Ugandan team. 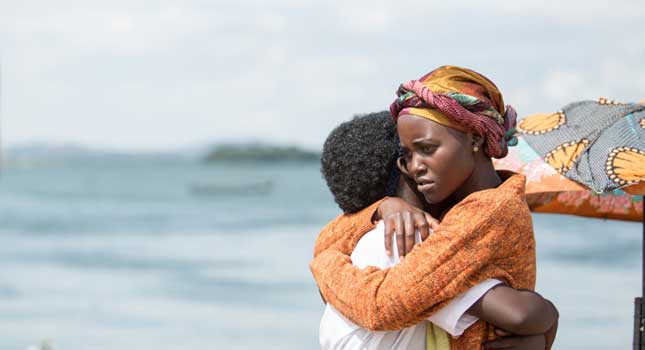 At the 2012 Chess Olympiad in Istanbul, Mutesi became the first Ugandan woman to earn the title Woman Candidate Master. In 2013, she played against former world champion Garry Kasparov at a women leaders’ event in New York.

“Chess is a lot like my life,” Crothers quoted Mutesi in The Guardian as saying.

“If you make smart moves you can stay away from danger, but any bad decision could be your last.”

When seeing the movie, “I couldn’t believe it,” Mutesi said in Toronto. “I had to shed tears … it was throwing me back all the time.”

Back at school and about to graduate, Mutesi lives with her mother in Bujuuko west of Kampala, where Katende’s church built her a house.

“I’m going to study law, because I want to fight for … the rights of the kids [in slums],” she said.

Not only is Mutesi “putting Uganda on the world map,” in Luggya’s words – she is also popularizing chess in the country where it was introduced by expatriates in the 1970s.

The Uganda Chess Federation has about 1,000 members, though Luggya believes thousands more people – including growing numbers of women – are playing the game.

“[Mutesi] has proven that chess is not a game for the rich only,” Katende told dpa.

Chess academies still operate in Katwe, where dozens of children learn to play it in dark, hot rooms.