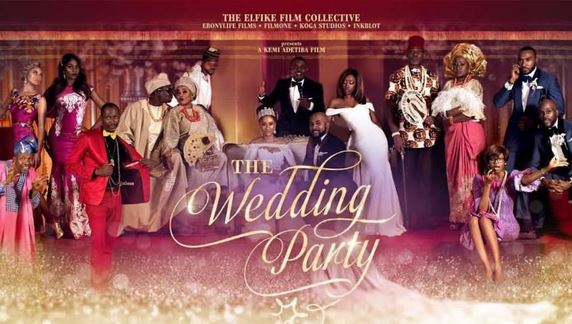 Record-Breaking Party For The Movie “The Wedding Party”

A record-breaking celebration party was held for the movie”The wedding party”.

The Elfike collective hosted the cast and crew of ‘the wedding party’ to a fabulous wedding-themed costume party in Lagos to celebrate its record-breaking cinema run and officially declare box office takings now in excess of N450m since its December 2016 theatrical release, Kemi Adetiba-directorial debut is now the highest grossing Nigerian movie of all time.

The movie premiered in Toronto on 8 September 2016 at the Toronto International Film Festival (TIFF).

“The Wedding Party” is a romantic comedy that was released in 2016. Written by playwright Tosin Otudeko and directed by Kemi Adetiba.

The Wedding party follows the shenanigans that go on during the planning of a wedding in Nigeria. 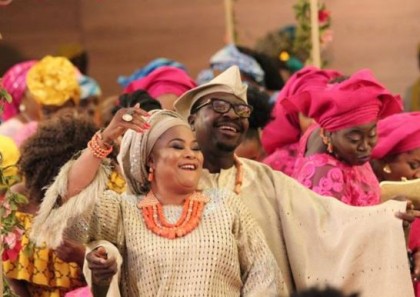 Dunni, a 24 year old art gallery owner and only daughter of her parents, Engineer Bamidele and Mrs Tinuade Coker, is about to marry the love of her life, IT entrepreneur Dozie, the handsome son of Chief Felix and Lady Obianuju Onwuka.

The couple took a vow of chastity and are looking forward to a ground -breaking first night together as a married couple.

Between matchmaking attempts on the bridal train, a wedding planner on a mission to succeed, the unruly behaviour of some ‘village’ guests much to Tinuade’s horror, Dunni’s uncertainty about her new husband’s faithfulness during the time of their courtship, amidst colourful aso-ebi, eclectic music, small chops, and souvenir drama, we begin to wonder whether Dunni and Dozie will get through their wedding reception unscathed.

A  collaboration between Ebonylife films, Filmone distribution, Koga studios and Inkblot Productions, “The Wedding Party” is currently the highest grossing Nollywood movie of all time. 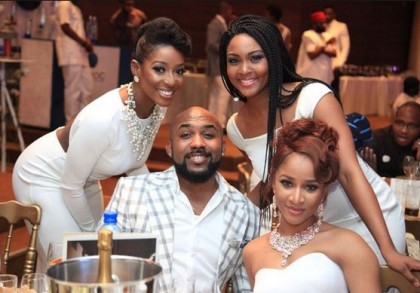 Cinema Axis’, a website based in Toronto Canada is dedicated to reviewing films, in one of it’s reviews by contributor Courtney Small said: “The Wedding Party may not offer many surprises from a narrative standpoint, but there is no denying that the film is a pure crowd-pleaser.

“Generating many well-earned belly laughs, it is impossible to leave the film without a huge smile on one’s face.”

NEWER POSTNPFL Review: El-Kanemi Wins Battle of Warriors
OLDER POSTPresident Buhari Says No Cause For Worry, Thanks Nigerians For Prayers