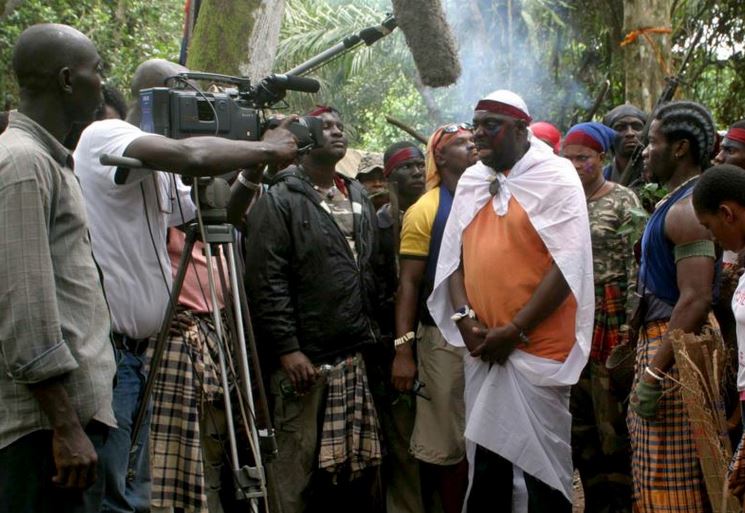 Joshua Olomu: Nollywood Ambassadors Award (NAA), a ceremony to recognise and pay tribute to relevant stakeholders who have contributed to the growth of Nollywood is set to debut in Abuja.

Mr Sunny-Ken Awoji, President of Nollywood Ambassadors International Initiative, organisers of the event, made this known in an interview with the News Agency of Nigeria (NAN) on Friday in Abuja.

According to Awoji, there are individuals, government functionaries and organisations that have helped in various ways toward shaping the Nigerian movie industry, popularly known as Nollywood over the years that deserve accolades.

“Nigerians and Non-Nigerians alike, who have contributed to the exponential growth and development of the filmmaking industry to where it is today, is our worthy Ambassador that should be honoured.

“There is no doubt Nollywood is now a global brand, and it is time to celebrate our brand Ambassadors for their immense contributions to the growth of the brand that has created jobs for many Nigerians.

“Anyone across every sector, who have shown uncommon patriotism in one way or the other needs to be so honoured.

“They all need to be celebrated for them to be inspired and do more for Nollywood.

“Therefore, on September 29, at the Sheraton Hotels, Nollywood shall celebrate these worthy Ambassadors of our great industry,” he said.

Awoji, who is also the Vice President of the Abuja chapter of the Association of Movie Producers (AMP), noted that previous awards were targeted mainly at actors, producers, directors and other stakeholders within Nollywood.

He, however, added that NAA was a step toward recognising both practitioners and supporters of the industry alike.

“Basically, the industry is used to giving awards to ourselves, so it is time to look beyond self and acknowledge those who have helped us this far.

“The NAA is classified into internal and external awards for stakeholders within and outside the industry.”

According to Awoji, the awards cuts across over 20 categories, with recipients picked from the various field of human endeavour.

He said that the ‘internal category of the award which seeks to honour stakeholders within the industry include Nollywood Guild President of the year, Creative writer of the year and Creative Director of the year.

The Creative producer of the Year and Best Actor and Actress of the Year would also be honoured among others.

According to him, the Federal Ministry of Information and other relevant government agencies such as the National Council for Arts and Culture and the Nigeria Film and Video Censors Board are also in support of the awards.

Awoji noted that since the awards were to celebrate stakeholders across Nigeria and beyond, the Federal Capital Territory (FCT) was chosen for the awards to represent unity and oneness of Nollywood.

“Nollywood cuts across the different states and tribes of Nigeria, therefore our centre of unity is the most appropriate place to host this prestigious event.”

Nollywood, Nigeria’s homegrown film sector, is reputed to be the second largest movie industry in the world in terms of volume, behind Bollywood of India.

In the past two decades, the sector has continued to create jobs for the youth.

The sector contributed 1.3 percent to the nation’s Gross Domestic Product (GDP) in 2014.