Late Nigerian movie veterans Sam Loco-Efe, James Iroha, popularly known as ‘Giringori Akabogu’ and other practicing professionals have been honoured as first recipients of the Rock of Fame Award.’ 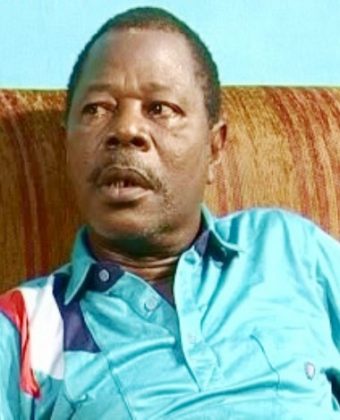 The News Agency of Nigeria (NAN) reports that they were recognized on Sunday night at the Zuma Films Awards and closing ceremony of the 2017 edition of the ZUMA Film Festival (ZUFF)in Abuja.

Sam Loco-Efe, ‘Ginrigory’, Kashim Yero and other late thespians were given posthumous honour of the Rock of Fame Award.

Also, other living and practicing professionals were honoured with the Life-Time Achievement Awards category.

The recipients include Ola Balogun,Sadiq Daba, Edward and Abdulkaraem Muhammed.

Others are Brenda Shehu and Femi Shaka, Professor of Film Studies, University of Port Harcourt.

Dr Chidia Maduekwe, Managing Director of the Nigerian Film Corporation (NFC) and Chairman of the festival organising committee,described the honour for the thespians and stakeholders as “well deserved.”

According to him, the recipients, living and the dead have contributed to the exponential growth of the Nigeria movie industry, popularly known as Nollywood, as it evolves over the years.

“This is our modest attempt in appreciating the enormous contributions of these film practitioners in the Nigeria film industry and their achievements thereof.

“They are today recognised as the first recipients of the Nigerian Film Society Rock of Fame Award, the highest professional recognition within the Nigeria Film industry based solely on merit.

“The labour of love and commitment to Nigeria’s development of our industry geniuses shall continually be recognised and rewarded.

“We have institutionalised the recognition and award as part of ZUMA Film Festival, and therefore shall recognise several veterans during each and subsequent edition of the festival,” he said.

Maduekwe added that the awardees will be formally inducted into the ‘Rock of Fame’ at the Rock of Fame Arena of the Nigerian Film Parliament in Jos, the Plateau State Capital, in 2018.

He explained that in order to effectively showcase Nollywood as a viable investment opportunity and alternative means of employment and wealth creation, the once biennial ZUFF, is to henceforth be held annually.

Filmmakers from within and outside Nigeria,captains of industries, the academia, relevant government functionaries and diplomats attended the event.

NAN reports that the ZUMA Film Festival, now in its 8th edition, is platform for Nigerian film practitioners to network with their counterparts from other parts of the world and thus stimulates co-production and financing opportunities.

It presents the Nigerian film industry as a vibrant and viable investment option to Nigeria and international business communities.(NAN)