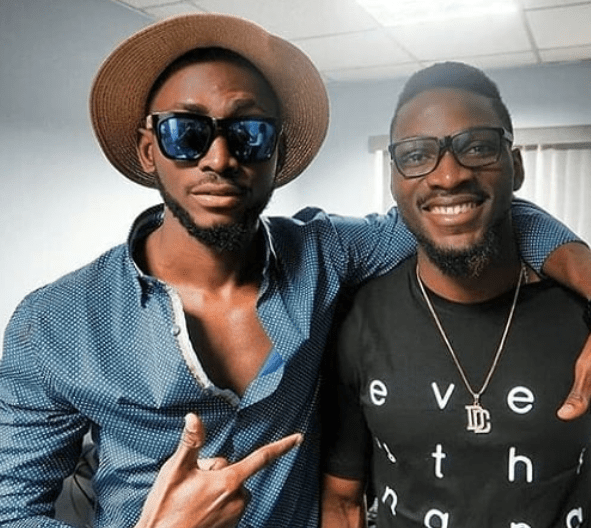 Believe it or not! The just concluded #BBNaija was the very first time I saw the reality show or as a matter of fact, any Big Brother version at all. Funny as that may sound, I’ve always been so pre-occupied with other stuff but this time around I decided WHY NOT? Let’s have some fun after-all and jump on Biggies train.

As a way to wind down most evenings after a hectic day, I was able to catch a glimpse of their diary sessions but all through the show, I looked forward to Fridays – For the LOVE of games, creativity and strategies implemented. 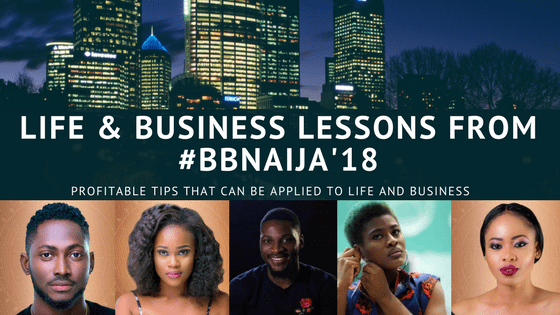 Here are the TOP lessons from BBNaija -Double Wahala

1. Network your way to your Networth

The rise and fall of everyone or anything whether as an individual or an organization is determined by who you surround yourself with. Take this statement as a bull by the horns and you can cash on it.

Do you know many people got that FAR in #BBNaija simply because of their pair – Nina and Alex happened to be a clear example. Also, some of them got kicked out of the house with no thanks to their partner of course! – Ask these pair #Britto & #Princess or #K-squared.

you’re as strong as your weakest link

That’s one thing to watch out for when next you get to select your team/business partner in the real world.

2. Focus on YOU, not your Competition

Personally, I’m an advocate for competition. I love the thrill. Well, like I said the games, the treasure hunt and all was more like my favourite part all through the game. However, its got to be a healthy competition. Any competition that makes you focus less on yourself and your business has drifted to an unhealthy one. Particularly, the last game just before they left #bbnaija.

While #Miracle had his head in the game, #Tobi had his head on beating #Miracle’s Game Time. It was clear Miracle had a strategy and Tobi had caught an unhealthy competitive bug.

In life, focusing on YOU is the only way to scale up. Learn from others but don’t focus on them. Do YOU! You are enough competition.

3. Originality is your Marketing Ticket

Well, everyone is free to pick who was the real deal. I’ve read so many comments of those that went with #Cee-C as their most original contestants. Others chose #Alex as the real deal. I think we had quite a lot of original peeps. Alex and Ifu really had an original spine and then for guys, Miracle and Rico stood out.

During some BB chit-chats with a couple of friends, we tried thinking of the best-suited jobs for them after the house.

This is what we came up with.

As mentioned earlier, you really want to network your way to your networth but beyond that, you have to be value-oriented. Most people miss it because they’re simply all about the give-me mentality rather than the giveaway mentality.

Smart Business Owners who rode on BBNaija this year maxed out the Digital promos of their brands simply by seeing how they could be of value. Of course, while some were willing to use paid advertisement, others were smart enough to offer certain freebies to BBNaija for the housemates and of course that already won them some free advertisement.

#Collaboration is the name of the Game in the Business World.

Come to think of it, if Team #TORALEX could pull it off, you can too.

Finally, to those who might be considering going BIG in business, just take a cue from the #bbnaija tips.

Just before you leave, what was your favourite part of the whole show? Drop in the comment box below.

Editor Note: This article first appeared here, and sent to NTA for publishing. We are not liable for any of the content herewith. You can find more about the CMA Academy at their website – www.themindofcodybanks.com