The Minister of Water Resources, Mr Suleiman Adamu on Tuesday denied claims that it was privatising the nation’s dams, saying what was being done was hydropower concessions. 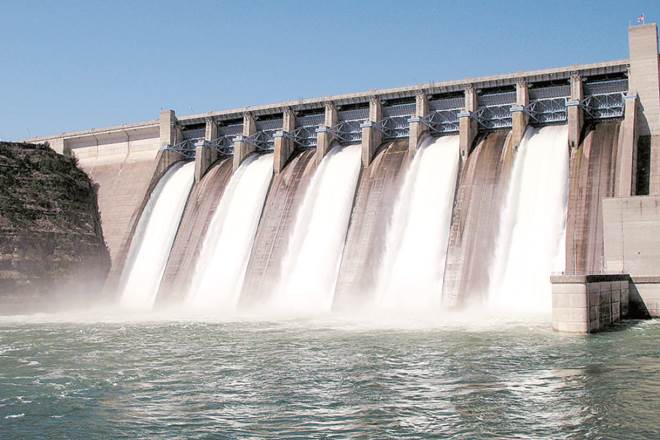 Adamu said this at the opening of a Media Water Sector Workshop in Abuja.

According to him, what is being done is to give partial ownership to beneficiaries to develop the hydropower component for the overall benefit of Nigerians.

“We are not concessioning dams when we concession, we are concessioning the hydropower component of the dam but the dam itself will still be owned by the Federal Government.

“What we do is to provide some leasing arrangement for cage fish farming and all others, we concession hydropower for aquaculture.”

Adamu said the concessioning model, being facilitated by the Infrastructure Concessioning and Regulatory Commission and Bureau of Public Enterprises allows a concessionaire to take custody of the project for a period of time as determined by the financial analysis.

He added that the concessionaire would be responsible for generating hydro power and connecting it to the transmission network made available by the Transmission Company of Nigeria for distribution.

On Gurara Dam, Adamu said the ministry was negotiating with the preferred and reserved bidder in line with the guidelines of the Infrastructure Concession Regulatory Commission (ICRC), to drive the processes to benefit Nigerians.

He said that the rule in the guidelines of ICRC stipulated that a Transaction Adviser be involved in the processes.

“We have concluded that of Gurara where we have 30 megawatts of the hydropower plant, all the processes leading to the concessioning have been done, what is left is for us to present it to the Federal Executive Council for approval.

“We still have to wait because the transmission line is not working and it is not within the purview of the ministry, it is taken by Transmission Company of Nigeria

“A lot of progress has been made, we hope that by the end of this year, something will happen.”

The minister stressed that shortlisted firms had been given their request for proposal and analysed in choosing the preferred and reserved bidder.

He expressed hope that successive administration would ride on what was being done, saying with the coming in of the private sector operators in irrigation, through the Graduate and Youth Empowerment Scheme, more hectares would be achieved.

Mr Benson Ajisegiri, the Director, Water Supply, with the ministry, said efforts in improving access to water and sanitation led to the inauguration of the Partnership for Expanded Water, Sanitation and Hygiene programme (PEWASH).

Ajisegiri, represented by Mr Abdulhamid Gwaram, said so far, 22 states had indicated interest and signed the PEWASH Protocol, noting that implementation had started in Kano and Ogun states.

Mrs Oyeronke Oluniyi, the Deputy Director, Irrigation and Drainage Department, said that the ministry was working to see that irrigated agriculture was promoted in parts of the country.

According to her, so far, part of the intervention is the Bakolori Irrigation Scheme in Zamafara which has reached 40 per cent completion and has been able to cultivate no fewer than 528,000 tonnes of rice and other cereals.

Oluniyi called for support from stakeholders to enable the ministry meet its target of irrigation for national development.

Earlier, the Director, Press and Public Relations with the ministry, Mrs Kenechukwu Offie, said the aim of the workshop was to educate the media on better reportage of the ministry and its activities.

She said this was also an opportunity to equip the media with the modern styles and dynamics of quality water reporting.