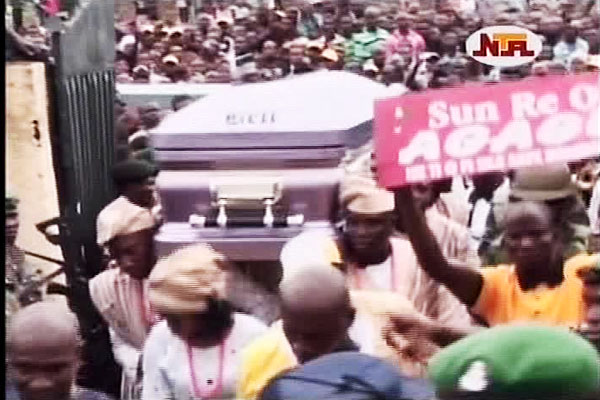 President Goodluck Jonathan has condoled with the Government and the people of Ondo State on the double tragedy of the plane crash and the loss of lives that followed the incident. This is contained in the President’s message presented at the funeral service of the Late Former Governor of the state Dr. Olusegun Agagu in his home town, Iju-Odo, Okitipupa Local Government Area. The President was represented at the occasions by the Minister of Police Affairs Retired Captain Caleb Olubolade.