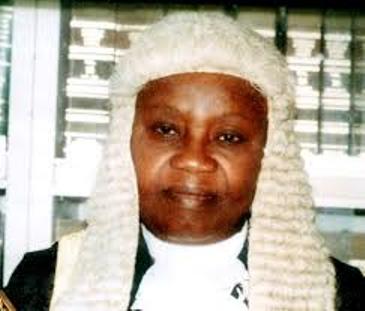 Justice Aloma Mariam Mukhtar, the 13th Chief Justice of Nigeria and the 1st woman to head the third arm of government in Nigeria has ended her tenure. To mark her retirement, a special valedictory court session has held at the Supreme court on Thursday

In compliance with  the terms of employment of judicial officers which put the age of retirement of a supreme court justice at 70 years, justice Aloma Mariam Mukhtar bows out as the chief justice of Nigeria.

When she assumed office on the 16th of July 2012, the excitement was that she was the first woman to ever occupy that office. But at the special valedictory court session held to mark her exit, the excitement was in the mark she has made in her 37 years as a judicial officer and particularly in her two and half years as the Chief Justice of Nigeria.

All these, Justice Aloma Mariam Mukhtar said she owes to God’s intervention in her life and  her resolve and focus. Family members and others in the legal profession spoke on her tenure.

Justice Aloma Mariam Mukhtar spent two years and half as Chief Justice of Nigeria and yet that comes to a lot of people as a very short tenure. This is interpreted in some quarters as a credit to  the judicial activism that  took place during her two year tenure.