The National Judicial council under the Chairmanship of the Chief Justice of Nigeria, Justice Mahmud Mohammed has considered the report submitted by its Graphic Committee on the Performance Evaluation of Judicial Officers of Superior Courts and decided to invite three High court Judges from two states to appear before it for low performance and show cause why disciplinary action should not be taken against them.
The Council also in a statement by its Acting Director of information, Soji Oye says this was reached at its 73rd meeting. 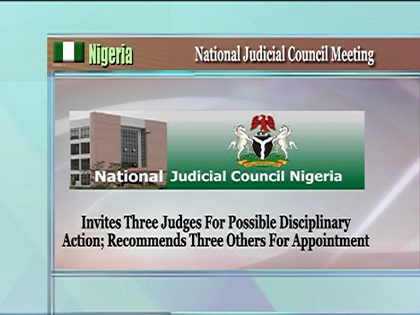 Its says three other Heads of Courts three High Court Judges and one Customary court of Appeal judge for the states recommended and forwarded to their state Governors for appointment.
It adds that pursuant to a new rule, two candidates forwarded to the council by a state Judicial Service commission for appointment as High court judges were rejected in an interview by the Council due to their poor knowledge of basic law.