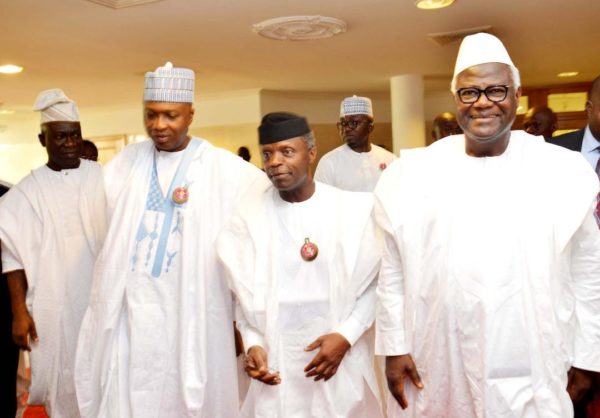 On October 28 in Lagos, the wedding engagement of Tosin and her husband, Adeniyi Tunde Olukoya held at the Eko Hotel. It was also attended by Osinbajo and his wife Dolapo.