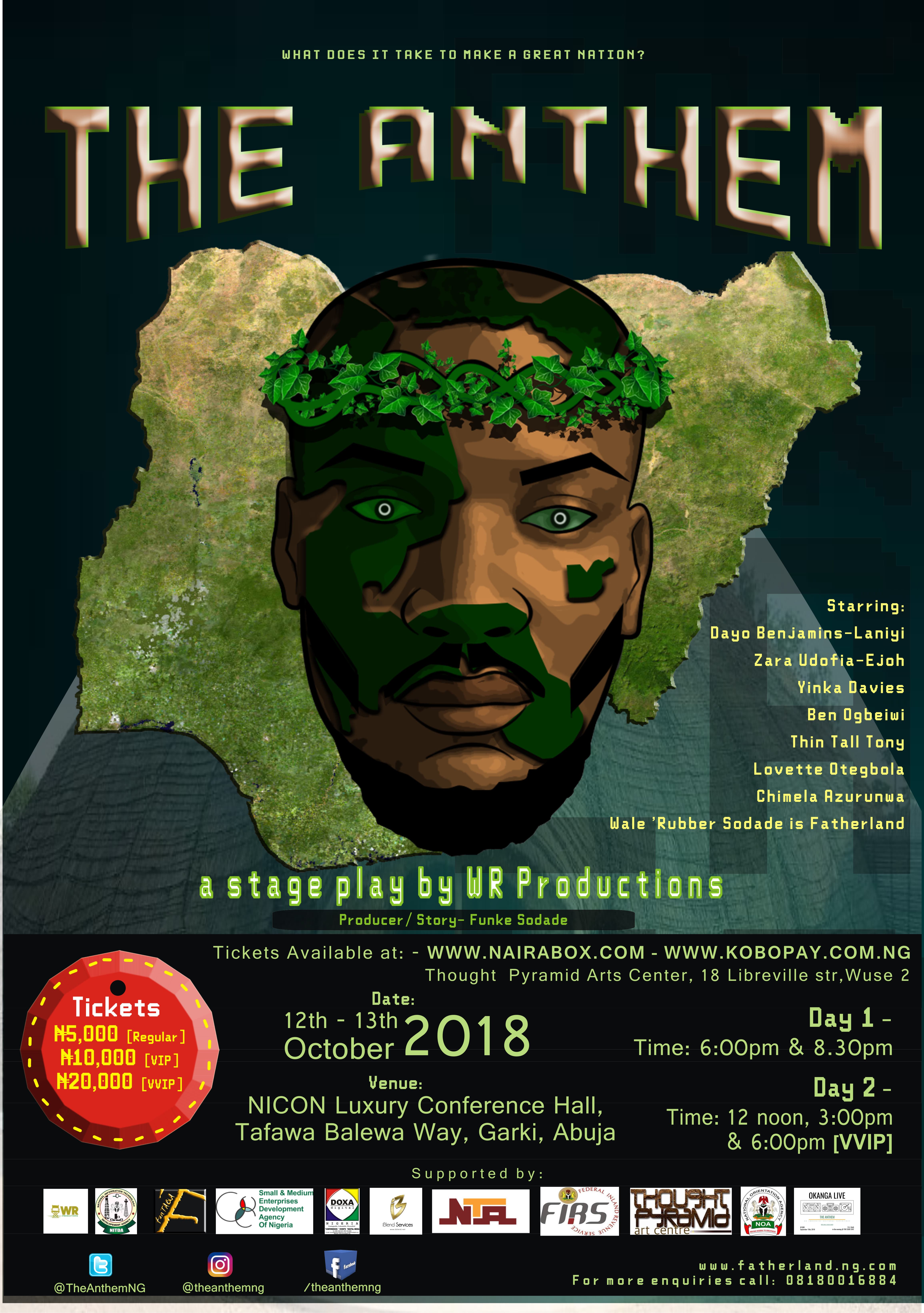 The Anthem – A Tale of Utopian Nigeria

Once upon a time, there began Fatherland. He was a powerful being forged by the Hand of the God of Creation in the sweat of Heroes Past. Heroes Past was a great warrior who fought Darkness, an ancient evil, to take back the Scepter of One Nation that governed the existence of man. You see, There was a Prophecy that Fatherland would unite all kingdoms of the world and be the greatest ruler that ever lived if he could wield the Scepter of One Nation that had been stolen by Darkness.

There are always several ways to pass across a message. The best ways are usually the creative adaptation of a message – like the George Orwell’s Animal Farm, or Guernica by Dave Boling. “The Anthem” from The Team at fatherland.com.ng and WR Production is about telling the Nigerian story in order to inspire and motivate.  It is mainly a story about Nigeria that’s inspired by the National Anthem. It is an epic tale that portrays a utopian Nigeria where fault lines do not exist.

‘The Anthem’ carries a strong patriotic message that inspires nationalism and stirs a sense of self-responsibility for nation-building. The play draws characterization from the values contained in our National Anthem.

October 14th  is for Command Performance, 2018 at the NAF Conference and Events Center, Kado.