Worried by the challenges faced by people in accessing Automated Teller Machines, ATM and other Bank services in Maiduguri, the Borno State Government has met with Banks to strategise for possible solutions.

The introduction of Automated teller Machine into Nigeria banking system is to lessen the load of transaction carried out in the banking hall and the prelude to the on-line banking system. However, the situation is not as expected as the resident of Maiduguri have been battling with the challenges of cash withdrawal either as a result of poor network or non functioning of such machines which resulted into cue in tying to access ATM services. In addition to influx of people into Maiduguri as a result of insurgency. Many banks and business have close down or have relocated even the operation of banks have been reduced drastically from 10 am to 1 pm thereby further restricting access to cash by customers. 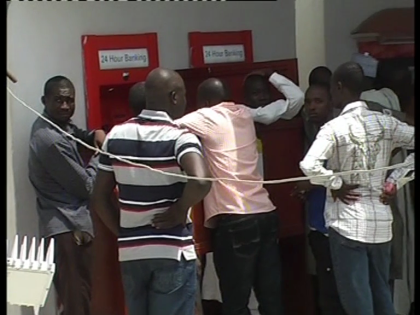 customers at one of the ATM center

Worried by the problems of ATM banks and other issues surrounding banking operation in the state. Borno state Governor Kashim Shettima directed the accountant general hajia Mairo Bunu Lawal to summon a meeting with the Banks managers on how to alleviate the situation. Issues address at the meeting includes insufficient fund at the ATM, faulty ATM, and poor networks as well as the need to review operation hours. 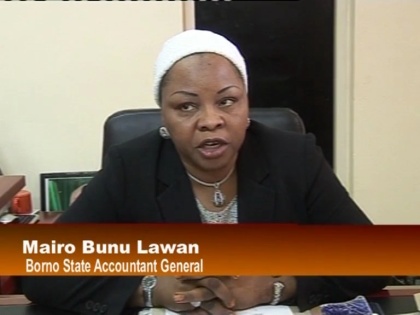 The state accountant general stress the need for banks to look into the plight of internally displace persons as part of their cooperate social responsibility and also urge others to have their branches in Maiduguri to help diversify the state economy.