The Minister of Works, Mike Onolememen says the sum of 39.5 Billion naira was proposed for the Ministry and its Parastatals for both capital and recurrent expenditure in the year 2015.Mike Onolememen stated this when he appeared before the committee on works to defend the ministry’s budget.
National Assembly correspondent Ifeanyi Ezumba reports on this and other committees. 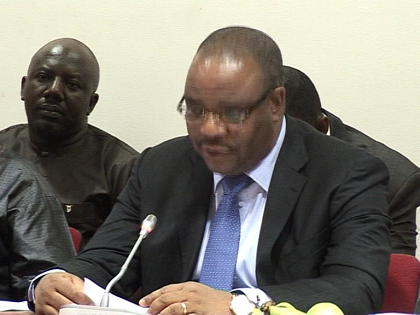