The Director of Banking and Payment System in the Central Bank of Nigeria, Mr Dipo Fatokun says about N815.47 billion has been transferred through the Nigerian mobile money system since it’s inception. 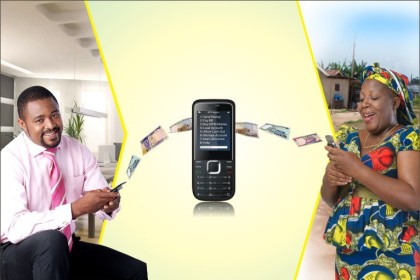 Fatokun disclosed this at the NDIC workshop for business editors and finance correspondents with the theme : “Developments in E-banking, Mobile Payments and Deposit Insurance Corporation in Nigeria” on Monday in Ilorin.

Fatokun, represented by Mr Sola Agboola, an Assistant Director of the department, said that the monies were transferred in 76.95 billion transactions by 24.4 billion subscribers.

He said that the platform had created employment opportunities through the 98,158 agents in the scheme.

He said that there were still untapped opportunities under the scheme, stressing that the CBN and other stakeholders were putting in efforts to fill the identified gap.

According to him, there are some challenges for the Micro, Small, and Medium Scale Enterprises (MSME) in the process of job creation through mobile payments platform.

Fatokun said that there was the need to promote customers’ awareness of the scheme, especially at the grassroots.

He said that 21 Mobile Money Operators had been licensed and carrying out commercial operations, although eight were actually running the pilot stage.

Fatokun also said that mobile money scheme was to leverage on the existing business network infrastructure as strategy for driving financial inclusion of the unbanked.

He said the primary objective of mobile payment scheme is to enhance financial inclusion, deliver on employment,   reduction in cost transaction and facilitate economic growth in the medium to long-term.