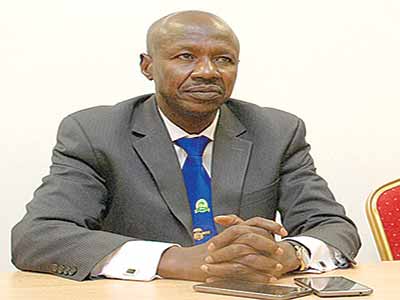 Ibrahim Magu, Acting Chairman, Economic and Financial Crimes Commission, EFCC, on Thursday, December 17, 2015 called on the National Assembly to enact a law to fix a time frame for the determination of corruption cases.
He said such a law would fast-track corruption cases in court.
The EFCC boss made the plea while receiving members of the Senate Committee on Anti-Corruption and Financial Crimes led by its Chairman, Senator Chukwuka Utazi, who were in the Commission on an oversight visit.
The anti graft czar sought the support of the Senate Committee to make the anti graft war successful saying, “we need the support of this Committee to achieve the mandate given to us to help rescue our country from the shackles of corruption”.
He also identified inadequate office accommodation as a major challenge facing the Commission since its creation 12years ago, and called on the Committee to use its good offices to fast-track the completion of the Commission’s Head Office project.
“We have accommodation constraint; we operate from rented apartment scattered around Abuja… I wish to call on the Committee to use its good offices to fast-track the completion of the Commission’s Head Office project”, Magu pleaded.
Earlier, Senator Utazi pledged to support the Commission through legislation to further strengthen its operation.
He said the visit was part of the legislative agenda of the 8th Senate geared towards collaborating with the executive arm of government to reduce corruption and move the country forward.
Senator Utazi noted that, the EFCC is an important office in the fight against corruption as it represents the executive arm of government in the anti corruption war.
He said the visit was to interface with the management of the Commission and identify areas of need, to ensure smooth running of the EFCC.
“The visit is not to witch-hunt anybody, but to establish a synergy that would enhance the activities of the Commission in the fight against corruption”, Utazi said.
Thereafter, the EFCC boss, accompanied by his management team led the Committee members on a visit to the permanent site of the Commission’s Head Office under construction, where his guests expressed delight over the quality and level of work so far done.
Other members of the Committee during the visit include Senators Musa Ahmad, Matthew Urhoghide, Sani Mustapha Mohammed and Sani Abdullahi.