The National Economic Council (NEC) said  that 11 out of the 22 states which met the criteria for the issuance of Federal Government Bond as part of their loan recovery efforts were cleared to access the facility.

This was the highpoint of the review of the economic activities in the country by the NEC which was presided over by Vice President  Osinbajo at the State House.

“The bonds were issued to 14 banks after submitting the reconciled figures and other required documents for the restructuring.’’

According to them, the DMO is reviewing additional submissions by states which will form the second phase of the programme.

The council also heard from the Permanent Secretary, Ministry of Finance, that the Excess Crude Account (ECA) stood at $2.207 billion as at August.

The NEC had received the interim report of the Gov. Adams Oshiomhole committee which reviewed the operations and management of the ECA/Federation Account and ratified the appointment of two international audit firms by the committee to conduct a forensic audit of the account from 2010 to 2015. 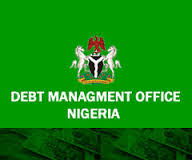 The governors said that the CBN governor had briefed the council on the state of the economy and the exchange rate of the Naira with the observation that the declining oil price had put a drag on the foreign reserve.

They said that the new NNPC boss also gave council an insight into the ongoing reforms in the petroleum industry covering aspects of performance management, transparency and accountability, proper focus in investment and zero tolerance to corruption.

They said that council leant that power supply had increased by 29 per cent with a generation of 4,662 MW, adding that the target was to reach 5,000 MW by December.

The governors noted the effort put in the repair of the stranded hydro stations and gas supply to thermal stations and urged states to assist in protecting gas pipelines against vandalism.

The council was unhappy that states and their agencies defaulted in remittances for electricity consumption by about 45 per cent and urged those owing to pay up without delay.