Senate To Support State Governments Agitation For Refund Of Funds 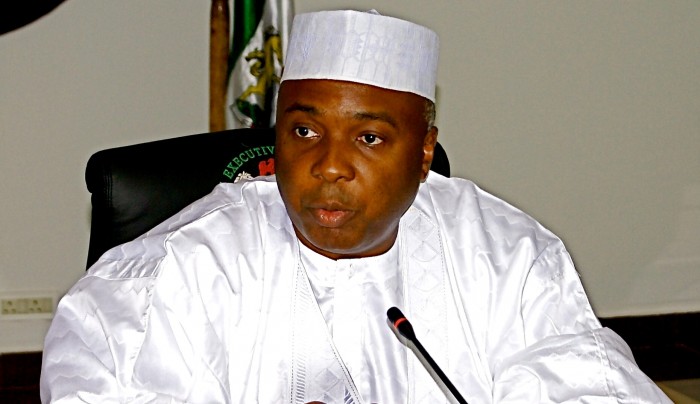 President of the Senate, Bukola Saraki, on Sunday said the red chamber would support for states’ governments agitation for refund of funds they spent on rehabilitating federal roads.

Saraki made the pledge at Nkalagu, Ishiellu Local Government Area of Ebonyi during a thanksgiving held by Sen. Obinna Ogba (PDP-Ebonyi Central).

According to him, rehabilitating federal roads in their states was a huge sacrifice from state governors for the development of the country.

Saraki said that Ebonyi central constituency made no mistake in choosing Ogba to represent, saying that he had distinct qualities.

The state governor, Dave Umahi, in his remark, commended the senate for its untiring efforts and sacrifices for the unity and development of the country.

The Governor said that State governments owed a total of N556 billion by the Federal Government on rehabilitated roads; we seek a law that makes it mandatory to refund states whenever such projects are executed.

He congratulated Ogba on the occasion and noted that all current political office holders in the state achieved success by the special grace of God.

Ogba, who thanked Saraki and the people, said that the occasion was unique because it marked his unprecedented victory over forces that tried to ‘steal’ the mandate given to him by God.