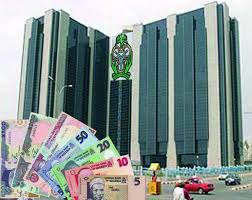 The Accountant-General of the Federation Declares Over 97% TSA Compliance

The Accountant-General of the Federation, Ahmed Idris has said that the implementation of the Treasury Single Account (TSA) is highly successful as over 97% MDAs have enrolled in the scheme.
While speaking further, the AGF said that as at December, 2015, Seven hundred and Twenty-six (726) Ministries, Departments and Agencies (MDAs) which are responsible for 97.12% of the national budget have complied and have been captured under the Government Integrated Financial Management Information System (GIFMIS) and the enabled TSA.
Accountant General of the Federation, Idris Ahmed.
Accountant General of the Federation, Ahmed Idris.
He was speaking at the occasion of the opening ceremony of the one-day workshop on TSA held at the Treasury House in collaboration with International Monetary Fund (IMF) with the theme: TSA Concept, Design, Benefits and Implementation for States’ Accountants-Generals on Monday, 8th February, 2016.
Ahmed Idris stated that the main aim of the workshop was to sensitize the States to enroll onto the TSA as well as highlight the benefits accruing from the implementation of TSA through sharing of experiences by the Federal Government who is already practicing TSA.
According to Mr Idris, TSA is not an innovation as the policy was adopted in 2011. He stated that it has been improved upon and modified with sub-accounts created while consolidated revenue fund (CRF) remains the TSA main Account.
The Accountant General of the Federation noted that TSA is very flexible and that MDAs can easily access their funds as at when needed thus stressing that it is therefore, not as cumbersome as it is being seen.
The AGF whilst itemizing the reason for TSA said that the need to stem financial hemorrhage and plug all loopholes occasioned Government’s decision to implement the TSA and he explained that TSA is the beginning of the end of massive borrowing in Nigeria.
Earlier in his speech, the representative of the Minister for Finance and the Special Assistant to the Minister, Mr. Adeseye Senfuye commended the Office of the Accountant-General (OAGF) for the workshop and thanked IMF for the partnership. Mr Adeseye Senfuye however, advised all stakeholders at the workshop to take the advantage of the opportunity to brainstorm on how to block all leakages.
The Minister’ s representative also said that the implementation of TSA would bring about expenditure discipline and stop unnecessary accumulation of idle funds in commercial banks and equally urged participants to discuss ways to improve the efficiency of the revenue base of the nation.
He enjoined States that have not started the implementation of TSA to follow suit, advising all participants to interact freely and share ideas. He thereafter declared the workshop open.