We Support President Buhari’s Fight Against Corruption – Enough Is Enough 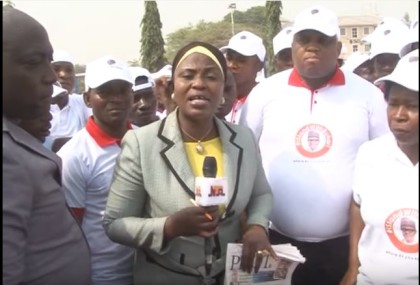 Every day, you watch from the television, hear from the radio, read from the newspapers, browse through online platform of people in one form of misappropriation or the other and if you recall earlier this month, the Vice President, Professor Yemi Osinbajo was reported in a statement signed by his Special Assistant on Media, Laoulu Akande, that some elite Nigerians were mounting pressure on the Buhari administration to slow down on the anti-corruption crusade.

That statement also said that there were suggestions by those elite Nigerians for the government to actually cool down and allow those found to have stolen public funds to simply return the loot and go home. 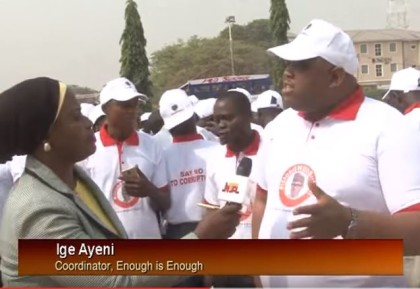 But this is about the Enough is Enough Anti-corruption Group, a group of young men and women who probably were those of the class against Professor Yemi Osinbajo who would not compromise but are beginning to have the sense of what is right and wrong

Speaking to Ige Ayeni, who is the coordinator of the said group, during one of their campaign, said that “enough is enough for corruption in Nigeria”. He went ahead to say that they hope to achieve more support of Nigerians so that the fight against corruption can continue and also to bring looters to justice. They went ahead to affirm their position to stand with the president against corruption and urged Nigerians to do so.

The basic message is for Nigerians to support collectively to the anti corruption fight by the Buhari administration as well as there should be no sacred cow and the judiciary should also live up to their responsibilities. The war might not be far or lesser than a kilometer but the message they expect should be impressive.