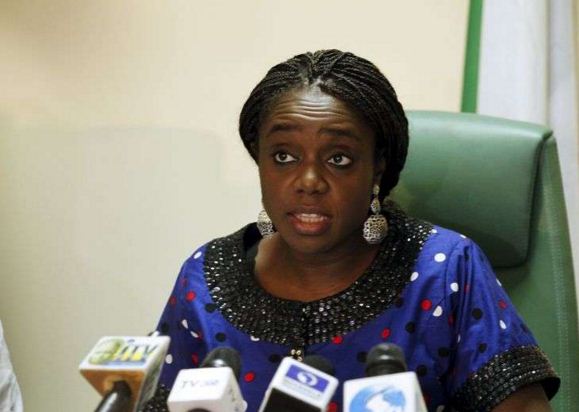 The Minister of Finance, Mrs Kemi Adeosun, said that N370.4 billion was shared among the federal, states and local governments as revenue for January 2016.

She announced this in Abuja, while addressing pressmen on the outcome of the Federation Accounts Allocation Committee (FAAC) meeting.

She said that the shared amount comprised of the month’s statutory revenue of N290.9 billion.

The minister also said that there was an exchange gain of N3.4 billion which was proposed for distribution.

Adeosun said that the money shared included the N6.3 billion that was refunded to the federation account by the Nigerian National Petroleum Corporation (NNPC).

It could be recalled that N387.8 billion was shared to the three tiers of government as revenue in
December 2015, indicating a decrease  of N17.4 billion in the January allocation.

The minister said the local governments received N53.7 billion, amounting to 20.60 per cent of the amount distributed.

The balance in the Excess Crude Account was 2.25 billion dollars, she noted.

Adeosun explained that acts of vandalism on oil pipelines, among other factors, had continued to negatively impact on oil revenue generation, saying “the shut-in and shut-down of production for repairs and maintenance continued during the period under review.

“However, there was a slight increase in production of crude in December 2015 but the resulting income was marginal due to a 10 per cent drop in crude oil prices.