President Muhammadu Buhari vowed late Tuesday in Riyadh that all those involved in the “padding” of the 2016 National Budget will face the most severe punishment. 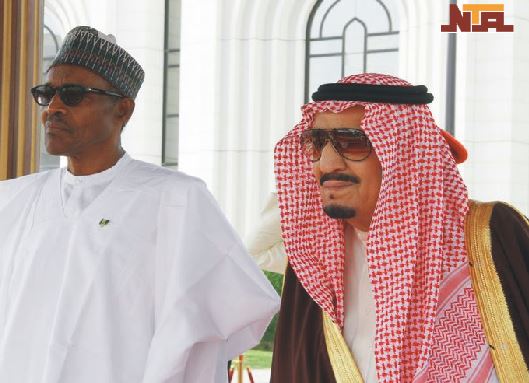 Addressing the Nigerian Community in Saudi Arabia, President Buhari condemned the distortion of the budget proposals by entrenched interests.

The President said that the unauthorised alterations  had completely changed the document from the one he presented to the National Assembly.

“The culprits will not go unpunished. I have been a military governor, petroleum minister, military Head of State and headed the Petroleum Trust Fund.

“Never had I heard the words “budget padding”. Our Minister of Budget and National Planning did a great job with his team. The Minister became almost half his size during the time, working night and day to get the budget ready, only for some people to pad it.

“What he gave us was not what was finally being debated. It is very embarrassing and disappointing. We will not allow those who did it to go unpunished,” President Buhari vowed.
The President also assured members of the Nigerian community that his administration was working diligently to fulfil its campaign promises, particularly on security, unemployment, and corruption.

Reaffirming his government’s zero tolerance for corruption, President Buhari said that the war against corruption was a monumental task that he is determined to tackle successfully.

“We have zero tolerance for corruption and other unethical practices. We will deal decisively with anybody found wanting,” he promised members of the Nigerian community.

President Buhari also used the opportunity of the gathering to brief Nigerians in Saudi Arabia on his administration’s efforts to end the Boko Haram insurgency and terrorism in Nigeria.
“Our armed forces have done a great job of dealing decisively with Boko Haram. We are collaborating with our neighbors in the operations of the Multinational Joint Task Force to handle security threats in the sub-region and we have significantly destroyed  the capacity of the insurgents,” the President said.
He also spoke on efforts being made to diversify the Nigerian economy, stressing that more opportunities are now open for local and foreign investors in the country.