At a meeting held at UBA House, the UBA Group Board today approved the appointment of Kennedy Uzoka as the new Group Managing Director, with effect from August 1st, 2016 and subject to the approval of the Central Bank of Nigeria. Mr. Uzoka succeeds Mr. Phillips Oduoza, who retires on July 31, 2016, after two terms of leading the UBA Group. 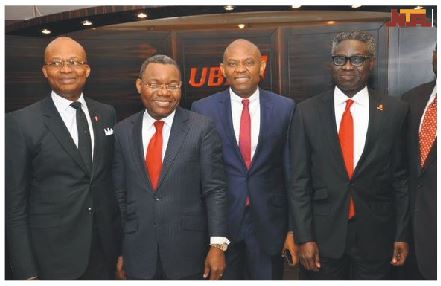 Mr. Kennedy Uzoka has most recently been leading the transformation agenda of the Bank, after returning from completing the Advanced Management Programme of Harvard Business School. Mr. Uzoka has over two and half decades of experience in commercial banking, strategy and business transformation. Prior to his sabbatical at Harvard, Mr. Uzoka served as Deputy Managing Director, UBA group and was also the CEO of UBA Africa, responsible for the Group’s operations in 18 countries across Africa.

Also appointed today, was Mr. Victor Osadolor as the Deputy Managing Director, UBA Group. Mr. Osadolor brings a strong finance and risk background, having previously served as the Executive Director, Risk and Finance at UBA. Mr. Osadolor also held the position of Chief Strategy Officer at Ecobank Transnational Incorporation. He holds a Bachelor of Science degree in Accounting and is a Fellow of the Chartered Institute of Accountants of Nigeria. He also holds the Advanced Management Programme Certificate from the Harvard Business School.

The Chairman of UBA Group Mr. Tony Elumelu said of both appointments:

“Kennedy brings an extremely strong skill set and is ideally positioned to lead UBA in its next phase of growth. His most recent experience of managing the Group’s increasingly important African business, is particularly relevant, as we all work to build one of the leading financial services franchises in Africa. I have no doubt that both he and Victor with their expertise and depth of business experience will ensure that the Bank is best positioned to deliver on its strategic ambition.

I would also like to take the opportunity to thank Phillips, for all that he has done for the Bank in guiding UBA through a particularly challenging period. The Board feels that the strong foundations created during Mr. Oduoza’s term provide an excellent basis for our further success.”