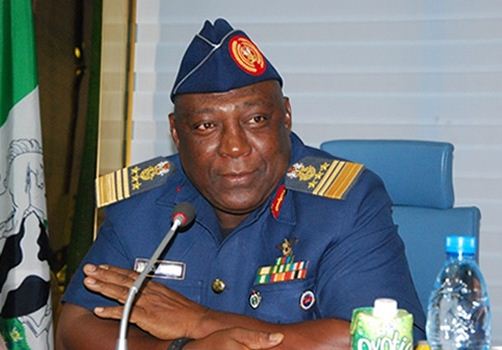 Badeh is one of the former military chiefs allegedly indicted by the Presidential Committee established to audit the procurement of arms for the military between 2007 and 2015.

Justice John Tsoho, in his ruling, held that the applicant was currently held based on remand order from a Magistrates’ Court in Lagos.

He said that the court has not been approached to undertake a judicial review of the remand order, and therefore, lacks the power to make a pronouncement on it.

Justice Tsoho added that the applicant has simply sought the intervention of the court to admit him on bail and so the application remains vague due to the subsisting remand order. He thereby struck out the application.

The News Agency of Nigeria (NAN) reports that Badeh had urged the court to grant him bail on grounds of unlawful detention and ill-health.

Badeh, who was accused of fraudulent transactions with the Nigerian Maritime Administration and Safety Agency,  has been in the custody of the Economic and Financial Crimes Commission (EFCC) in Lagos since Feb. 8.