Pascal Holliger official of the Swiss Embassy in Nigeria confirmed the visit to Nigeria of Swiss government delegation in further talks with the authorities on the repatriation of another sum of huge public funds stolen by late Head of State, Sani Abacha. 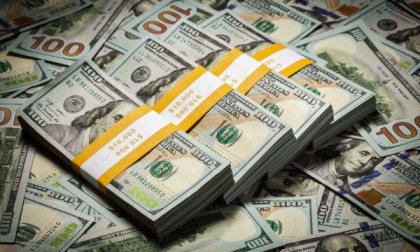 Discussions are expected between Nigeria officials and the representatives of the Swiss government who are expected in Nigeria today to discuss on the repatriation of another sum of huge public funds stolen by late former Head of State.

Holliger said, “Yes, our foreign Minister is on his way to Nigeria on Tuesday,” Mr Holliger said. “He is coming on a working visit to Nigeria. During the visit, he would open the Consular General’s office in Lagos and meet with the Vice President of Nigeria and the Minister of Foreign Affairs to discuss the issue of the repatriation of the second tranche of the Abacha loot,”

A petition by some Nigerian NGOs to FG on assurance that the repatriated money will not go the same as the previous once brought back by Swiss authorities to the previous government went. “Restitution of Abacha funds: Swiss and Nigerian NGOs demand guarantees,” was sent to the Minister of Finance, Kemi Adeosun, and her foreign affairs counterpart, Geoffrey Onyeama, and the Attorney-General of the Federation and minister justice, Abubakar Malami.

World Bank Vice President for Africa, Makhtar Diop, and the Federal Department for Foreign Affairs Office for International Public Law (DDIP) in Berne, Switzerland were all sent a copy of the petition.

“It is imperative that they be allocated through a transparent process that involves both Swiss and Nigerian NGOs,” Ugolor said. “The transfers must also be performed in installments and upon the condition that the sums returned in previous installments were used as supposed,” Ugolor said