The Head of the Civil Service of the Federation Mrs. Winifred Oyo-Ita has advocated the need for a workable legislative framework, adequate infrastructure and modern ICT components for the proper implementation of the International Public Sector Accounting Standards (IPSAS). 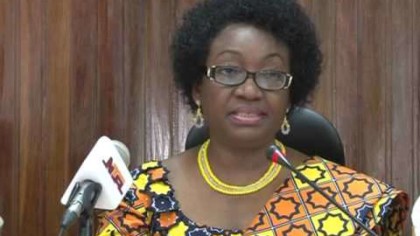 Mrs. Oyo- Ita who disclosed this today in Abuja in her goodwill message during the opening ceremony of a 3-day specialized workshop titled “IPSAS Implementation in Nigeria: Challenges and Solutions” said that, the solution to successful implementation of the IPSAS is the political will and commitment by all tiers of governments in the country.

The Head of Service who was represented at the occasion by the Director, Finance and Accounts in the Office of the Head of the Civil Service of the Federation Alhaji Abubakar Giza said that the Government of Nigeria is fully committed to successful implementation of the International Public Sector According Standards (IPSAS) in the three tiers of Government.

Also, she said, the Federal Government Accounts Allocation Committee (FAAC) at its meeting held on the 13th June, 2011 set up a technical sub-committee known as “FAAC Sub-Committee on Roadmap for the adoption of IPSAS in Nigeria,” to provide a Road map for the implementation of IPSAS in the three tiers of Government in Nigeria. Adding that after the submission of the Roadmap, FAAC further set up implementation committee in the three tiers of Government.

The Head of Service listed the benefits accrued from the IPSAS Implementation to include better informed assessment of resources, allocation decision, better fiscal decisions that result from greater understanding of fiscal position and more sustainability, more suitable economic growth, lower levels of taxation and net debt reduction associated with a voting public that better understands the needs for fiscal responsibility.
Other benefits of the standards according to her include; creating enabling environment of greater trusts and confidence, further facilitating foreign investments, global capital market, lower costs of capital and more extended maturity profile and greater predictability of fund raising.