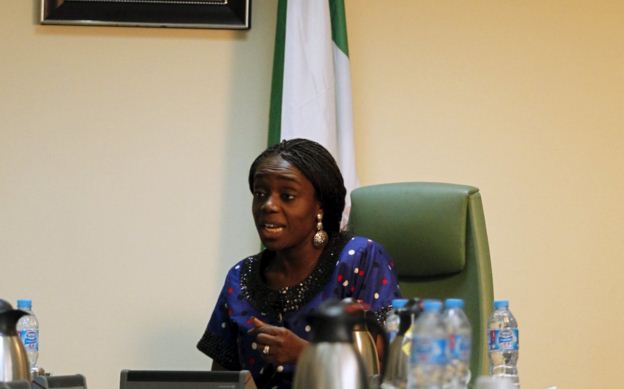 The Minister of Finance, Mrs Kemi Adeosun on Tuesday in Abuja, said that N345 billion was shared among the federal, states and local governments as revenue for February 2015.

Adeosun, who was represented by the Permanent Secretary, Ministry of Finance, Mr Mahmoud Isa Dutse, announced this when she addressed newsmen on the outcome of the Federation Accounts Allocation Committee (FAAC) meeting.

She said that the shared amount comprised the month’s statutory revenue of N270.5 billion.

“Also, there is the exchange gain of N3.49 billion which is proposed for distribution.

“Therefore the total revenue distributable for the month of February including VAT of N64.7 billion is N387.7 billion,” she said.

The News Agency of Nigeria (NAN) recalls that N370.3 billion was shared to the three tiers of government as revenue for the month of January. This shows an increase of N25.2 billion in revenue.

The local governments, she said, received N49.7 billion, amounting to 20.60 per cent of the amount distributed.

She announced that N22.7 billion representing 13 per cent derivation revenue was shared among the oil producing states.

She said this showed an increase of N2.7 billion and a decrease of N23.1 billion from what the country generated as mineral and non-mineral revenue in the preceeding month.

She said that for the first time since July, 2015, the government has credited its Excess Crude Account.

She said the shut-in, shut-down of production for repairs, resulted to shortfall due to technical hitches at different terminals throughout the month, impacting negatively on crude oil and gas revenue.

Also, there was revenue loss of 45.9 million dollars as a result of drop in income recorded from Oil and Gas Royalty, Companies Income Tax and Import Duty.

When questioned about the ongoing recovery of looted funds, Adeosun said she could not give any data for now, because some issues around it were under litigation.