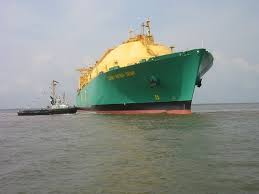 The Managing Director of Nigeria LNG Limited (NLNG), Mr. Babs Omotowa, has said that despite the global apprehension generated by the rapid oil price decline, there could be no better time to embark on the strategic multi-billion dollar investments required for gas development projects in Nigeria and Africa

Omotowa, who delivered a keynote address at the recent sixth African Petroleum Producers Association Conference in Abuja, said that with energy demand in Africa poised to rise significantly with population growth over the coming 20 years, he would finger gas as a speacial area of opportunity and an avenue to sustainable income, economic growth and controlled rates of poverty.

He stated NLNG, whose plant at Bonny Island Rivers State is the fourth largest such facility in the world, as an inspirational Nigerian business success story. He said: “NLNG is a great example of how to build a successful model to overcome the unique challenges associated with doing business in Africa. We need similar type of intervention for our gas projects and power generation; so we can light up the continent, improve our GDP per capita and take Africa’s teeming population out of extreme poverty”.