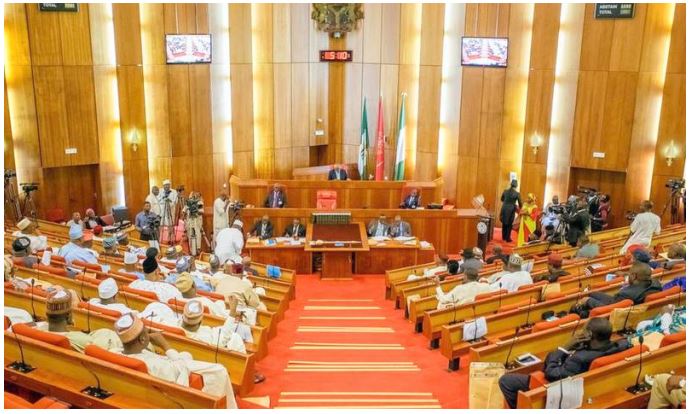 After weeks of delay, the Senate on Wednesday passed the 2016 budget into law following a motion for the passage of 2016 Appropriation of N6.07trn by the Chairman, Joint Committee on Appropriations, Senator Danjuma Goje, seconded by Senator Andy Uba.

The upper chamber of the National Assembly did this having been satisfied with sectoral explanations to the extent that the nation stands to benefit if the proposal tabled before a joint sitting of the parliament last December is passed it into law.

Presenting a report on the budget, the Chairman Senate Committee on Appropriation, Danjuma Goje said that the budget was “full of controversy”, but that the senate would not want to delay its passage by adding more controversies to it.

Stressing that the committee had to work around the apparent lapses in the budget, he said that the delay in the passage of the budget had already been given a political hue; hence Nigerians would blame the legislature for any further delay.

Also, the Senate observed that the budget was not presented in time to the National Assembly and urged the federal government to submit the budget subsequently in strict compliance with the Fiscal Policy Act.

It advised that there should be proper consultation between the budget office and the ministries, departments and agencies and requested the federal government to diversify its revenue base, and to shore up capital expenditure and reduce recurrent expenditure.