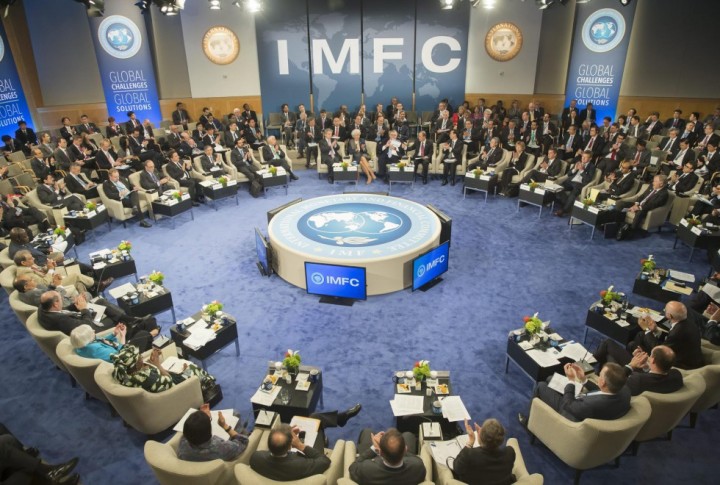 This is contained in a statement released on Friday on the Board’s assessment, that this advise was due to the uncertain global outlook and the likelihood of oil prices that is remaining low,

In a just concluded Article IV Consultation with Nigeria on March 30, the IMF Executive Board welcomed renewed effort to adopt legislation to spur investment in the oil and gas sector, and promote policies to strengthen governance of the sector.

The Fund noted that the Nigerian economy was facing substantial challenges because it had been hit hard by the decline in oil prices, with the resultant slowed growth and macroeconomic imbalances.

Lower oil prices have significantly affected the fiscal and external accounts, decimating government revenues to just 7.8 per cent of GDP and resulting in the doubling of the general government deficit to about 3.7 percent of GDP in 2015.

While the oil sector plays a central role in the economy, the non-oil sector accounts for 90 per cent of GDP.

It said that Nigerian exports dropped by about 40 per cent in 2015, pushing the current account from a surplus of 0.2 percent of GDP to a deficit projected at 2.4 per cent of GDP.

With foreign portfolio inflows slowing significantly, reserves fell to US$28.3 billion at the end of 2015.

“Directors noted that the policy approach of expansionary monetary policy, together with a relatively fixed exchange rate and exchange restrictions had adversely impacted economic activity.

It stressed the need for significant macroeconomic adjustment.

According to the IMF, Nigeria’s recovery in economic activity is likely to be modest over the medium term, but with significant downside risks.

Based on the results of policies under implementation, particularly in the oil sector, as well as an improvement in the terms of trade.

The Fund said that general government deficit was projected to widen somewhat in 2016 before improving in 2017, while the external current account deficit was likely to worsen further.

Key risks to the outlook include lower oil prices, shortfalls in non-oil revenues, a further deterioration in finances of state and local governments.

Deepening disruptions in private sector activity due to constraints on access to foreign exchange, and resurgence in security concerns, it pointed out.

Raising concerns about the Nigerian authorities’ commitment to their inflation objective, the IMF directors underscored the need for credible adjustment to the large terms of trade shock.

Including through greater exchange rate flexibility and speedy unwinding of exchange restrictions to facilitate an exchange rate consistent with fundamentals.

In this context, they welcomed the recent monetary policy tightening and recommended that the Central Bank of Nigeria should target price stability to maintain inflation within the target range.