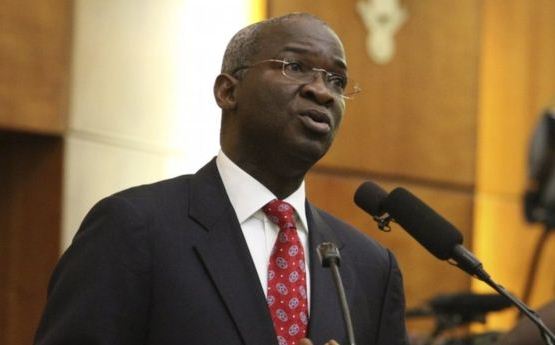 Mr Babatunde Fashola, the Minister of Power, Works, and Housing, stated that the Federal Government lost N7.7 billion from 2014 to 2016 due to strikes by government workers.

This is contained in a statement signed by the Minister on Thursday, made available to the News Agency of Nigeria (NAN) in Abuja.

According to the statement, the Federal Government, from April 28 to May 2014, lost N576 million due the strike by Benin Electricity Distribution Company staff union.

It stated that government on June 11, 2014 lost N66 million due NLC strike that resulted to sealing of Port Harcourt Electricity Distribution Company office over sack of 134 workers inherited from PHCN.

It added that from May 7 to 9, 2015, the strike by Nigerian Union of Electricity Employees (NUEE) led to government losing N65 million because of the strike.

It also listed other losses incurred by the Federal Government due to incessant strikes in the energy sector, including the strike by Petroleum and Natural Gas Senior Staff Association of Nigeria (PENGASSAN) on May 22, 2015 which cost the government N2 billion.

The statement urged the workers to unite with their employers and see themselves as part of the government.

It added that the employees could not have become union members if first they were not employed by the government.

It added that government could not improve the welfare of its workers if it continued to loose much of its revenues to strikes.