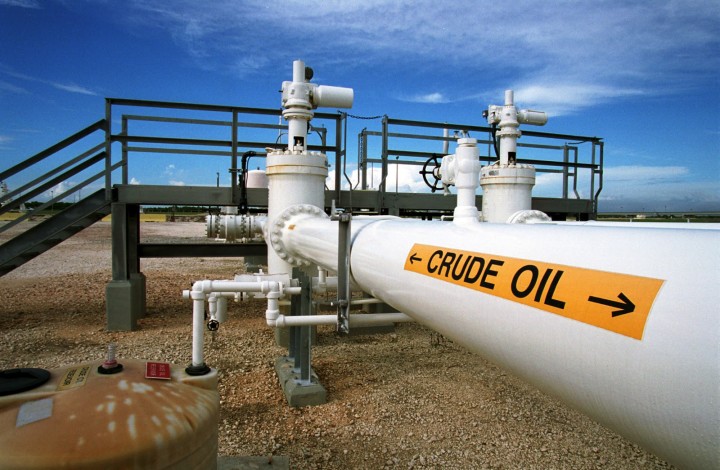 Oil hit its highest level on Wednesday, driven by a falling dollar and evidence of declining U.S. supply, putting the price on course for its strongest monthly performance since last April.

Brent crude futures were up $1.03 at $46.77 a barrel in early trading, having risen nearly 20 per cent in April, their largest one-month gain in a year.

Brent received extra support from news that Saudi Arabia and Kuwait appear no closer to restarting their jointly operated Khafji oilfield, which produced 280,000 to 300,000 barrels per day

The oilfield had been shut since October 2014 due to environmental problems.

The prospect of an agreement among the world’s largest exporters to limit production evaporated almost two weeks ago when a meeting between OPEC members and their non-OPEC counterparts ended in stalemate.

Since then, Brent has hit its highest since November and, aided by further evidence of declining output anywhere from the U.S. shale basin to the North Sea, attracted fresh investment cash.

“There was definitely a bit of a turning point when we had the initial sell-off after the producer meeting,” CMC Markets strategist Jasper Lawler said.

“That got reversed and went on to show that (a production freeze) was a fairly small part of what had been supporting the price and really, it’s the supply outlook for the U.S. coupled with the dollar that is really driving returns.”

Analysts had expected a 2.4-million-barrel build.

The dollar was down on the day, having fallen about 5 per cent against a basket of currencies since the start of the year, even as U.S. interest rates are expected to rise.

The Federal Reserve’s policy-setting committee meets on Wednesday but is not expected to announce any change in rates, leaving traders to scour the post-meeting statement for any clues on the outlook.