FG To Save N1b Annually From Board Meetings 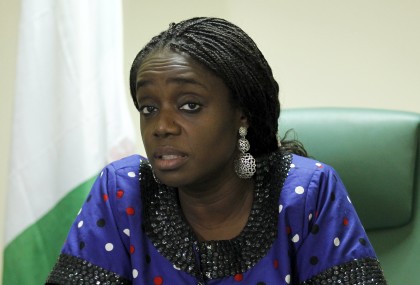 In continuation of its cost-cutting drive, the Federal Government has pegged the frequency of meetings of part-time Chairmen and members Committees, Boards of Statutory Corporations and Government-owned companies from eight to four times annually, with savings of over N1 billion per annum, a statement from the Efficiency Unit of the Federal Ministry of Finance indicates.

The reduction in the frequency of meetings by such bodies followed a review by the Unit and the discovery that the average annual expenditure on honorarium and sitting allowances between 2012 and 2014 was N12.8 billion.

The Efficiency Unit noted in its recommendation to the Federal Government through the Office of the Secretary to the Government of the Federation that:”While the new allowances per sitting of N40, 000 to N150, 000 and N30, 000 to N120, 000 for Chairmen and Members respectively appear reasonable, the increase in number of meetings from four to eight was rather too high and doubled the cost of sitting allowances for the government.”

“A maximum of four meetings was considered adequate for Boards, while other interactions can be conducted using Information Communication Technology (ICT), which is cheaper and already tested in Nigeria,” the Efficiency Unit explained.

Upon accepting the recommendation of the Efficiency Unit to reduce the frequency of meetings by committees and Boards of parastatals and agencies, the Secretary to the Government of the Federation recently issued a circular directing the implementation of the reduction of meetings to four per annum, thus bringing standard, transparency and cost cutting in the payment of sitting allowances.

The Efficiency Unit says it will continue with its on-going efforts and collaboration with the relevant government offices in line with the resolve of the Minister of Finance to remain committed to her cost-cutting initiative, which is one of the tools for achieving fiscal prudence and releasing of funds for capital projects that will support economic growth and improve the living standard of Nigerians.