The North Gauteng High Court on Friday, ruled that the decision taken by the National Prosecutions Authority (NPA), to drop corruption charges against President Jacob Zuma in 2009 was irrational. 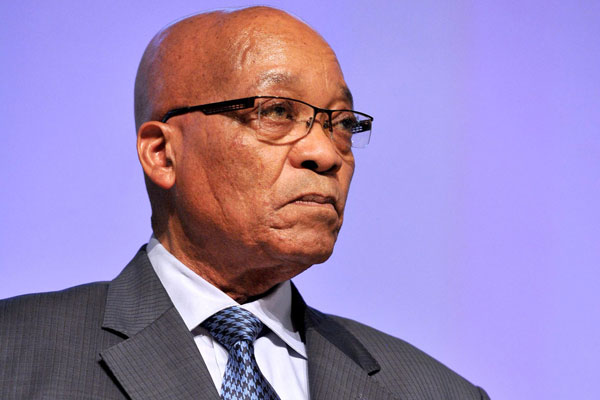 According to the report, the decision of the former head of NPA, Mokotedi Mpshe, on the eve of the 2009 national elections was what paved way for Zuma to become president.

“This was as a result of the recall of Thabho Mbeki who had earlier suspended Zuma as Deputy President because of the corruption allegations he faced.
“Zuma became embroiled in a corruption controversy relating to South Africa’s multi-billion Rand arms procurement programme after his financial advisor, Schabir Shaik, was charged with corruption and fraud,’’ it said.

Bulelani Ngcuka, the present NPA head, investigated Zuma after allegations of abuse of power were levelled against him.

However, the case was dropped against Zuma, with Ngcuka stating, that there was prima facie evidence of corruption, but insufficient to win the case in court.
The Judge, Aubrey Ledwaba, flanked by Justice Cynthia Pretorius and Justice Billy Mothle unanimously said that Mpshe should have followed the legal processes on emergence of “spy tapes” which raised concerns that there was a political agenda against Zuma.

In addition, the judges said that Mpshe should have allowed the courts to decide if the charges should have been withdrawn.

He found that Mpshe who was under considerable pressure, acted impulsively and his decision was irrational.
As a result, the court ruled that the 2009 decision has been set aside.

This paves the way for Zuma to be recharged on 783 counts of corruption once the current NPA head Shaun Abrahams has reviewed the matter.
Zuma has endured a torrid month as his administration shows signs of buckling under the weight of public pressure, following a damning Constitutional Court ruling over upgrades to his multi-million dollar private home.
He survived an impeachment vote in the National Assembly after 233 MPs voted against the motion to impeach with 143 voting in favour.

The vote, the first in South African history, followed the Constitutional Court ruling that Zuma failed to uphold the Constitution when he failed to comply with Public Protector Thuli Madonsela’s recommendations over the non-security upgrades to his home.

Meanwhile, Cape Town’s city council on Thursday voted in favour of a motion calling for Zuma to resign.
“The majority of the councillors in the City of Cape Town Council join the calls for President Jacob Zuma to step down as the President of South Africa,” the city said in a statement.