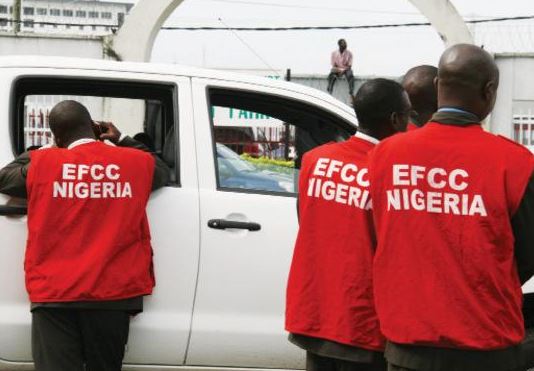 The Economic and Financial Crimes Commission, EFCC, will on Thursday, May 12, 2016 arraign a retired Commissioner of Police, Mohammed Sambo, before a Federal Capital Territory High Court sitting in Maitama, Abuja on one-count charge bordering on criminal breach of trust and obtaining money by false pretence to the tune of N10,000,000.00m( Ten Million Naira).

This was made known in a press release issued by Head, Media & Publicity, of the commission Wilson Uwujaren on Wednesday.

He said that Sambo, who connived with one Nuhu Bello Dabai, had allegedly duped the complainant, Abdul Malik Bello, Managing Director/ CEO, Ideal Sunbeam International Company Limited, the sum of N10, 000, 000.00m, after claiming that he needed to defray both the survey and other preliminary expenses involved in the execution of a contract worth over N1bn (One Billion Naira) purportedly awarded him by Zamfara State Governor, Abdul Aziz Abubakar Yari.

Uwujaren said that after playing hide-and-seek, he was eventually re-arrested on Wednesday, May 3, 2016.