The Economic and Financial Crimes Commission,EFCC, on Thursday, May 19, 2016 arraigned one, Dada Olatunji, a former Assistant Comptroller-General of the Nigeria Fire Service for offences bordering on employment scam before before Justice M. M. Kolo of the Federal Capital Territory High Court, Wuse Zone 2, Abuja. 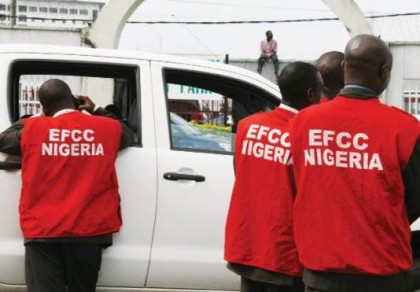 Dada’s  arrest and subsequent arraignment followed a petition from two young job seekers – Robert Mathew and Theresa Abah claiming that sometime in December 2014, one Christopher Adaje, Olatunji’s junior collegue met them and promised to get them employed in the Nigerian Fire Service.

Adaje, who works at the Nyanya Fire Service, however, allegedly predicated their employment into the service on their ability to raise a sum of N350,000 (three hundred and fifty thousand naira) each.

Mathew raised his (N350,000) through a loan while Abah managed to raise a sum of N225,000 through her friend. Altogether, a total of N575,000 (five hundred and seventy five thousand naira) was raised by Matthew and Abah which was paid into an account supplied by Adaje in one of the old generation banks.

Months after, Adaje could not deliver on his promise, a situation that prompted the applicants to visit his office where they discovered it was fraud.

Particulars of count one of the charge read:

“Dada Olatunji Amos on or about the 19th of December 2014 at Abuja within the Abuja Judicial Division with intent to defraud obtained the sum of N350,000( Three Hundred and Fifty Thousand Naira) through the First  Bank Plc account No.3060366147 belonging to one Adaje Christopher from one Robert Mathew under false pretence that the money represnted payment for processing his employment at the Federal Fire Service Abuja and which pretence you knew was false.”

The accused pleaded not guilty to all the counts preffered against him.

In view of his plea, counsel to EFCC, Andrew Akoja asked the court for a date to commence trial .

However, the defense counsel, Uche Uwazuruike urged the court to grant his client bail adding that, that the alleged offence is bailable.

He stated that the accused had earlier been granted administartive bail by the EFCC and had not breached any of its terms.

Justice Kolo admitted to the accused to bail in the sum bail was N2million with one surety who must be resident in Wuse District of the FCT. The surety’s “Certificate of Occupancy” must be deposited with the court.