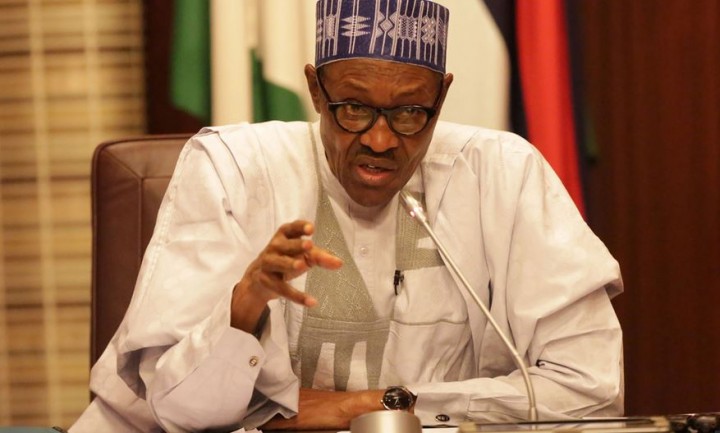 The Federal Ministry of Information and Culture is to publish and update Nigerians on the efforts of the Federal Government towards recovering all Nigeria’s stolen assets.

President Muhammadu Buhari stated this in Abuja on Sunday in a nationwide broadcast to mark one year anniversary of the All Progressives Congress-led Federal Government.

He disclosed that already a significant amount of the stolen assets and funds had been recovered, some of which were in different locations.

The president assured that the recovered funds would be credited to the federation account after all necessary legal procedures.

“We are also engaged in making recoveries of stolen assets some of which are in different jurisdictions.

“The processes of recovery can be tedious and time consuming, but today I can confirm that thus far: significant amount of assets have been recovered.

“A considerable portion of these are at different stages of recovery. Full details of the status and categories of the assets will now be published by the Ministry of Information and updated periodically.

“When forfeiture formalities are completed these monies will be credited to the treasury and be openly and transparently used in funding developmental projects and the public will be informed,’’ he said.

While speaking on the Niger Delta, President Buhari reiterated the commitment of his administration to implementing the United Nations Environment Programme report, saying that government was advancing clean-up operations in the region.

“I believe the way forward is to take a sustainable approach to address the issues that affect the delta communities. Re-engineering the amnesty programmes is an example of this.’’

He, however, frowned at the recent spate of attacks by militants disrupting oil and power installations in the Niger Delta areas.

The president said such attacks would not distract him from engaging leaders in the region in addressing Niger Delta problems.

“If the militants and vandals are testing our resolve, they are much mistaken. We shall apprehend the perpetrators and their sponsors and bring them to justice.

“The policy measures and actions taken so far are not to be seen as some experiment in governance.

“We are fully aware that those vested interests who have held Nigeria back for so long will not give up without a fight.

“They will sow divisions, sponsor vile press criticisms at home and abroad, incite the public in an effort to create chaos rather than relinquish the vice-like grip they have held on Nigeria,’’ he maintained.

According to President Buhari, the economic misfortune the country is experiencing from the very low oil prices has provided the nation with an opportunity to restructure the economy and diversify.

He said that his administration was in the process of promoting agriculture, livestocks, exploiting the solid mineral resources and expanding the nation’s industrial and manufacturing base.

The president stated this process would make the nation to import less and make the social investments necessary to allow the country to produce a large and skilled workforce.

He revealed that the Central Bank of Nigeria (CBN) would also offer more “fiscal incentives for business that prove capable of manufacturing products that are internationally competitive.’’

He said the APC-led government remained committed to reforming the regulatory framework, for investors by improving the ease of doing business in Nigeria.

President Buhari noted that already the first steps along the path of self-sufficiency in rice, wheat and sugar (big users of our scarce foreign exchange) had been taken.

According to him, the Labour Intensive Farming Enterprise will boost the economy and ensure inclusive growth in long neglected communities.

While expressing concerns over rising cost of foods such as maize, rice, millet, beans and gari, the president said the special intervention funds through the Bank of Agriculture would provide targeted support.

“Farmers tell me that they are worried about the cost of fertilizers, pesticides and the absence of extension services.

“The federal and state governments are on the same page in tackling these hurdles in our efforts at increased food production and ultimately food security.

“I would like to take this opportunity to express my appreciation for the increasing role that our women are playing in revitalizing the agricultural sector.

“Modern farming is still hard and heavy work and I salute our Nigerian women in sharing this burden.’’

He disclosed that he had already approved N1.6 billion in micro-finance loans to women across the nation to assist in rehabilitating the economies of rural communities, particularly those impacted by the insurgency and conflict.