The Nigerian Air Force (NAF) on Tuesday said that the service had received N20m from the Victims Support Fund, to support the operation of its Emergency Hospital at IDP Camps in Dalori, Maiduguri,` 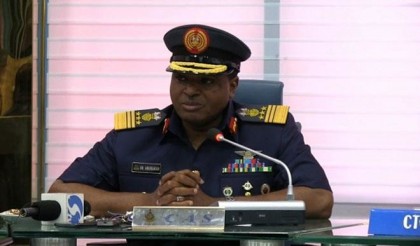 This is contained in a statement signed by the Director of Public Relations and Information, Group Capt. Ayodele Famuyiwa and made available to newsmen in Abuja.

It said The Presidential Committee on Victims Support Funds donated the amount to alleviate the suffering of the Internally Displaced Persons (IDPs) in the North-East.

The statement explained that the gesture was both an appreciation and a direct response to the humanitarian initiative of NAF to alleviate the sufferings of Nigerians affected by the acts of the insurgents.

It also commended NAF for adding humanitarian perspective to its operations in the fight against insurgency.

Shinkafi said in the statement that t the purpose of NAF establishing the hospital was to bridge the gap in the provision of medicare to the IDPs.

The statement added that the gesture by NAF was also to win the hearts and minds of the people with a view to enhancing NAF operations against the insurgents.

“The funds would also be used to upgrade the existing facilities at the NAF Emergency Hospital, Dalori,“it said.

The statement said additional facilities like ultrasound, dental chair and medical consumables would be provided in the hospital.

Others are medical consumables, solar powered lightnings, 20 KVA generator to replace the existing 8 KVA generator at the hospital.

It said NAF had provided medical care to over 30,000 IDPs through its medical outreach in Abuja, Maiduguri and Yola, and the healthcare facility in Dalori.

The statement recalled that the Dalori IDP Camp accommodated the largest population of IDPs numbering about 29,000, making it the most prominent in terms of humanitarian attention in the country.(NAN)